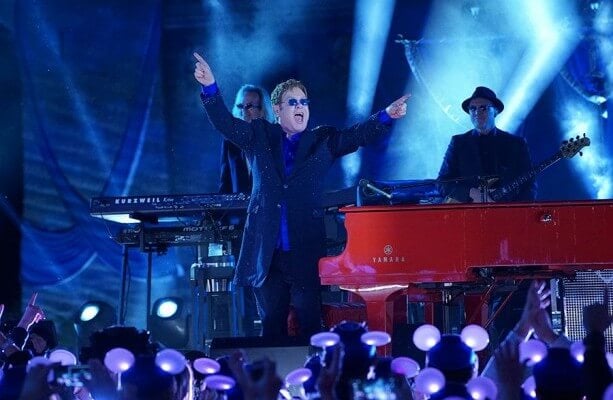 Disney is unloading for the 60th anniversary of Disneyland. Don’t believe us? Read on.

We already know Harrison Ford will be unveiling a ton of new info on the Star Wars theme park plans, and now Entertainment Weekly has reported on who else will be making appearances along with our first look at the actual show in a TV promo. Hough will play the role of “Master of Ceremonies” for the special, while Disneyland locations Sleeping Beauty Castle, Main Street U.S.A., and Cars Land will be featured. EW also reports a slew of musical guests have been announced, including Elton John, Ne-Yo singing “Friend Like Me” from Aladdin, a cappella group Pentatonix singing “Be Our Guest” from Beauty and the Beast, and Fall Out Boy performing “I Wanna Be Like You” from The Jungle Book, among others.

You can check out a special preview of the event below:

Comments Off on VIDEO: Check out the first promo for Disneyland’s 60th anniversary TV special