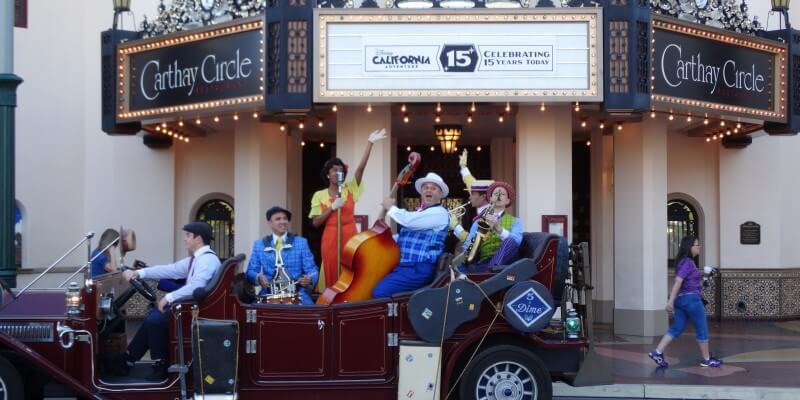 Disney California Adventure opened February 8th, 2001 and this week the park celebrated its fifteenth anniversary. The park has been through many changes since its opening day, having been completely rededicated in 2012 after the Cars Land expansion was complete.

On Monday morning, the park hosted a raucous anniversary celebration show starring Buena Vista Street’s own musical group Five and Dime, along with a Disneyland Ambassador and, of course, Mickey Mouse and his friends. Comments Off on VIDEO: Celebrate 15 wonderful years of Disney California Adventure with Mickey and Friends