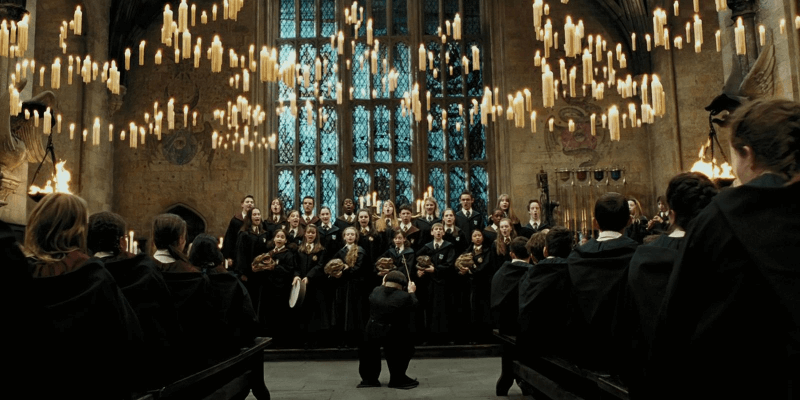 Harry Potter fans rejoice: Everyone’s favorite wizard from under the stairs is getting his own orchestral treatment! Variety reports that The Harry Potter Film Concert Series will be launched by Warner Bros. and CineConcerts:

Beginning with a “Harry Potter and the Sorcerer’s Stone” tour in 2016, “The Harry Potter Film Concert Series” will reformat each Harry Potter film into an orchestral concert experience that offers audiences a live symphony orchestra performance of the entire score in-sync with the film, which will be simultaneously projected onto a high-definition 40-foot screen.

“The original dialogue and sound effects will be kept intact,” CineConcerts President Justin Freer says, “All the music is pulled out of the film, so that’s one of the interesting challenges — mixing the live music against the dialogue and the effects.”

Looks like they found the right guy for the job! At the very least, he seems to respect the love and impact the wizarding franchise has had on the masses.

“This is a wonderfully unique franchise to celebrate. The Harry Potter film series is one of those once-in-a-lifetime cultural phenomena that continues to delight millions of fans around the world. We now have an opportunity to add to the following,”

The concert series will premiere at Philadelphia’s Mann Center for the Performing Arts on June 23 with the Philadelphia Orchestra. Tickets will be available through Ticketmaster, MannCenter.org and Mann Center’s box office starting Feb. 20.

What do you think of experiencing the world of Harry Potter through a new medium? Let us know in the comments below!