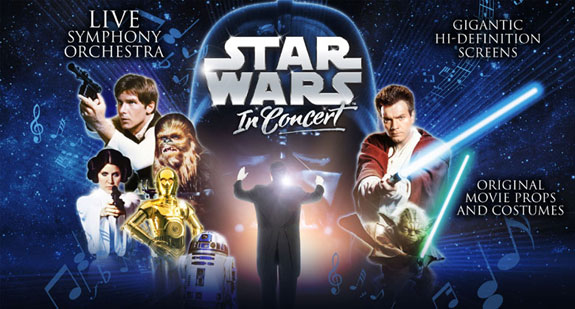 A couple of years ago in 2009-2010, Lucasfilm put on an amazing concert tour featuring the best music from the epic Star Wars saga. Performed by a live orchestra while clips from the films played on a screen, the performance was hosted by C-3PO actor Anthony Daniels who would also narrate the story of Star Wars between music pieces.

Take part in an unforgettable concert experience with cutting-edge visual technology and sound design. The iconic music of John Williams will guide you through the legendary battle of light and dark and immerse you into the worlds, characters and story of Star Wars.

No dates or venues have been announced yet but you can now sign up for a newsletter that will make sure you receive the first word on when tickets will go on sale and other exclusive special offers. Also no word yet if this version of the concert series will feature music from the new Force Awakens movie.
This looks like a must for any Star Wars fan! Who wants to attend?