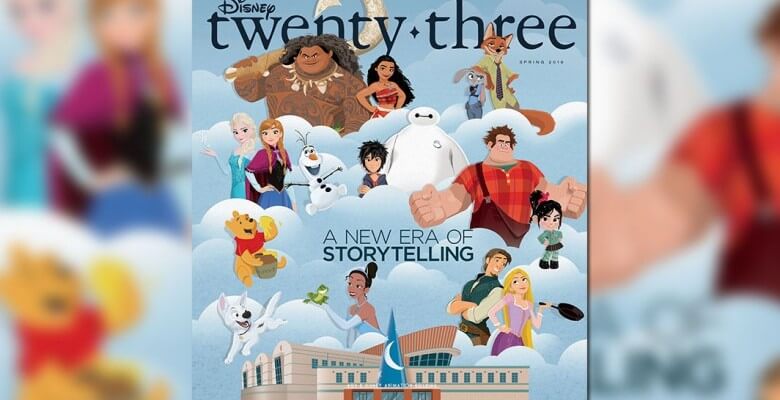 It looks like the Spring edition of Disney twenty-three is shaping up to be one heck of us special issue!

The new issue of the magazine, available exclusively to D23 Gold Members, will include exclusive interviews with John Lasseter and Ed Catmull, as well as the teams behind Walt Disney Animation Studios’ run of hits. The issue will also unveil rarely seen visual development art created for the Studio’s most recent films. There are also advance looks at the upcoming animated films Zootopia and the highly-anticipated Moana. On top of all this awesomeness, the issue will also offer a sneak peek of Disney’s live-action adaptation of The Jungle Book,  as well as an exclusive look into Marvel’s Captain America: Civil War.

Without a doubt, it will be great to look back on these classics and hear the stories of the minds and hearts who crafted them. Lasseter and Catmull took over Walt Disney Animation Studios 10 years ago, and the success of classics like Tangled, Wreck-It Ralph, Big Hero 6, and Frozen are undeniable — the cover seems to do a beautiful job of reflecting that. Here are the other goodies Disney reports will be in the issue:

Are you a D23 Gold Member? Does this if you seem like your magical cup of tea? Let us know how you feel in the comments below!