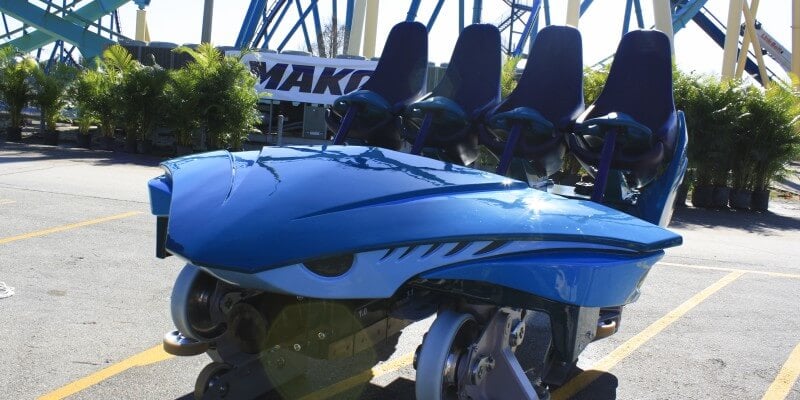 You folks ready for the thrills?

Today, we had the opportunity to check out the progress on the construction of SeaWorld Orlando’s new hyper-coaster, Mako. On top of that, they dropped the shark-sized bomb on us when they dramatically revealed the sleep new ride car for the attraction. Things have really been coming together since they announced the attraction back in May.

The car itself has a total of 96 wheels that are positioned on the top, side, and bottom of the coaster track rails. Each train will weigh 21,418 pounds and is based lovingly off of the physiology of an actual mako shark. We grabbed some pictures and video of the reveal, which you can watch below!

We even had the opportunity to hang out with Mike Denninger, Vice President of Theme Park Development for SeaWorld Orlando, who revealed some tasty tidbits about the tallest, fastest, and longest roller coaster in Orlando history.

At 200 feet tall, there’s no doubt that Mako will have us screaming our faces off when it opens in summer 2016. Until then, stay glued to Inside The Magic for all things speedy! Comments Off on SeaWorld Orlando reveals sleek ride car for Mako, an all new “hyper-coaster”