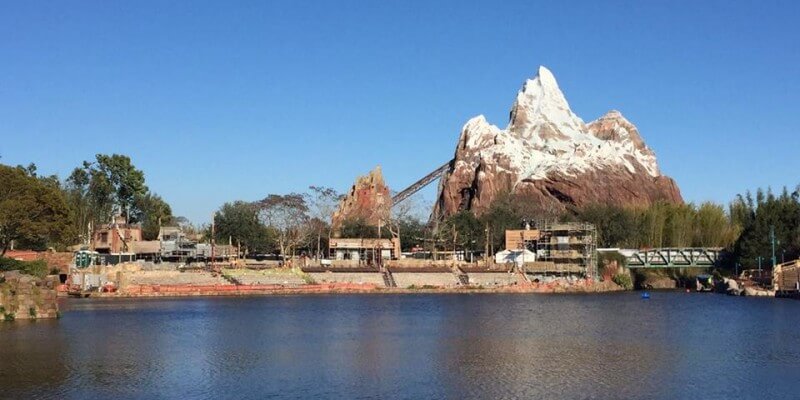 The construction for the upcoming entertainment offering “Rivers of Light” at Disney’s Animal Kingdom is progressing nicely as we can see from these recent pictures. The nighttime show will blend together lanterns, fountains and beautiful music to put together a mystical show. The Disney Parks Blog described it as:

In “Rivers of Light,” a pair of mystical hosts come to the river bearing gifts of light. During the show, the hosts set out from the shore on elaborate lantern vessels for a dramatic dance of water and light to summon animal spirits. With the storytellers as your guides, the wonders of “Rivers of Light” builds to a stunning crescendo. Another piece of concept art has been released by Disney of the upcoming show.

Currently at Animal Kingdom we can see plenty of construction of the waterfront stadium seating that is being built for the show but projectors have now been installed along the water’s edge.

Small viewing windows have also been added to construction walls to give guests a glimpse of what is to come.

Rivers of Light is set to debut in Spring 2016.