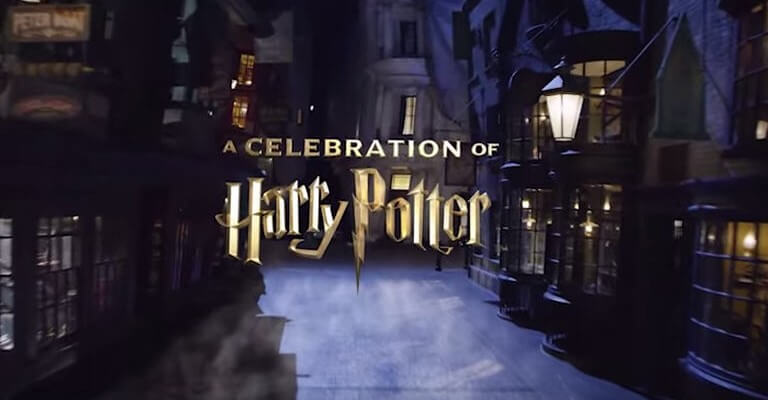 2016 is a darn good year for wizards. Don’t believe us? Check out our highlights from Universal Orlando’s “A Celebration of Harry Potter” event!

The opening ceremonies were insanely awesome

Harry Potter fans were treated to a behind-the-scenes look at both the upcoming film “Fantastic Beasts and Where to Find Them” as well as the new “Harry Potter and the Cursed Child” play opening in London later this year.

Featuring interviews with the cast and director David Yates, we get a peek at 1920s New York where Eddie Redmayne (“Newt Scamander”) arrives for what should have been a brief visit. At some point the contents of his mysterious briefcase escape and we see him cross paths with two sisters played by Katherine Waterston (“Tina Goldstein”) and Alison Sudol (“Queenie Goldstein”) as well as Joseph, a “Muggle” baker played by Dan Fogler. Though the clip doesn’t feature much in terms of actual film footage, we still get plenty of interesting views of the set as well as the art and costume design set in the Wizarding world of Harry Potter.

Another interesting clip released over the weekend to Harry Potter fans at the event and worldwide was a new look at the upcoming London stage production “Harry Potter and the Cursed Child” play, which is written by J.K. Rowling and is set to begin previews on June 7th, 2016.

In the clip, we get a tour of the Palace Theatre where the two-part play will be staged. It is the eighth Harry Potter story and will be set 19 years after the events of the original books.

Just before the Opening Night ceremony, the actors took part in an intimate Q&A session with invited media where they fielded questions about everything from whether or not they would return to the series should they ever be asked (Lynch would most certainly love to reprise her character; Lewis not so much) to when was the last time they had watched the films or read the books.

But the most poignant moment of the 30-minute session was when the actors were asked to reminisce on their time with Alan Rickman, who played Professor Severus Snape and tragically passed away earlier this month.

The fans raise their wands in tribute

In an astounding display of respect and fandom today, fans gathered outside of the London facade at Universal Orlando’s Celebration of Harry Potter to raise their wands and pay tribute to the late, great Alan Rickman.

Check the video below to experience it yourself!

Lots to discover at the “Celebration of Harry Potter” Expo

We made sure to check out the “A Celebration of Harry Potter” Expo as well. Several booths were located inside with photo opportunities, movie props and much more including a mini-version of the Warner Bros. Movie Studio Tour with props, make-up, prosthetics, and wand construction.

It’s the little details that matter to only the devoted Potter fans.

This afternoon, at Universal Orlando’s “A Celebration of Harry Potter”, prop designer Pierre Bohanna revealed what lead character Newt Scamander’s wands is made of: lime wood, shell, and bone. So wonder no more! There it is! Ever wonder how those wizards look so fancy flicking a piece of wood around? Harry Potter film choreographer Paul Harris gave us a 101 lesson at Universal Orlando’s Celebration of Harry Potter this weekend!

Check out the zaniness below:

Of course, the cosplayers stole the show…