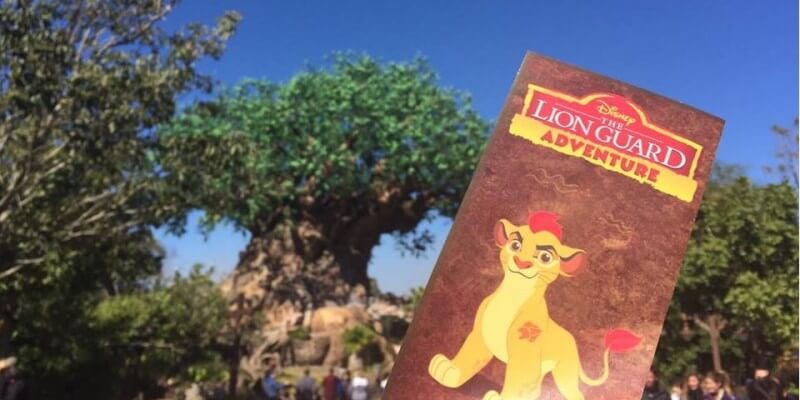 Disney’s Animal Kingdom is once again the host to a new scavenger hunt type of game similar to the park’s Wilderness Explorer game. The new Lion Guard Adventure sends both young and old explorers on a park-wide search for the five Lion Guard characters: Kion, the fierce leader of the Lion Guard; Bunga, a brave and fearless honey badger; Fuli, a confident cheetah; Beshte, a friendly and good-natured hippo; and Ono, an intellectual egret. The fun begins when guests pick up a “Lion Guard Adventure Map,” which are available in select merchandise locations. Guests then search for character statues hidden in themed locations throughout the park that represent each animal. At each stop, make sure you snap a selfie with yourself and the character. Once all five character traits are discovered, cast members at Rafiki’s Planet Watch officially induct youngsters into the Lion Guard with a special pledge, fun activities, and a Lion Guard Button identifying them as honorary members. Rafiki also joins the newest inductees for a photo op.