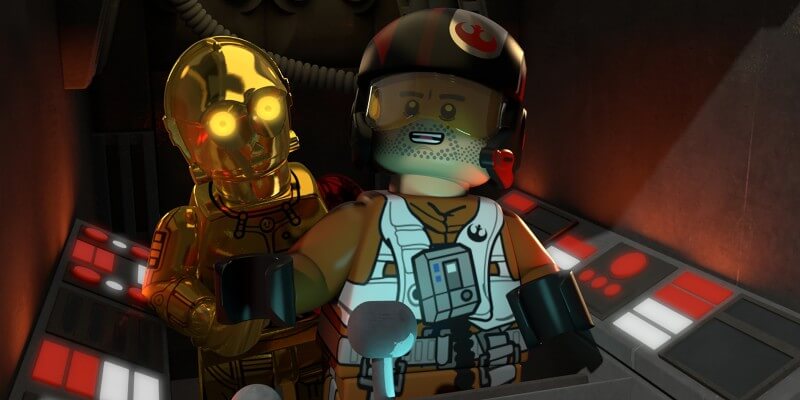 The series will focus on the events just before the First Order’s attack on Jakku that opened “The Force Awakens” as well as “tell never-before-told stories including Kylo Ren, Han Solo, Finn, Rey, BB-8, Maz Kanata and more.”

The first episode, titled “Lego Star Wars: The Resistance Rises – Poe to the Rescue”, debuts on Monday, Feb. 15 at 8:00pm after the finale of “Gravity Falls” and centers on Poe coming to the rescue of Admiral Ackbar, who is being held prisoner by Captain Phasma. This episode will also feature Kylo Ren, BB-8, and C-3PO.

Disney XD has released a sneak peek of the show: No further information was given on when, or how many, future episodes will air.