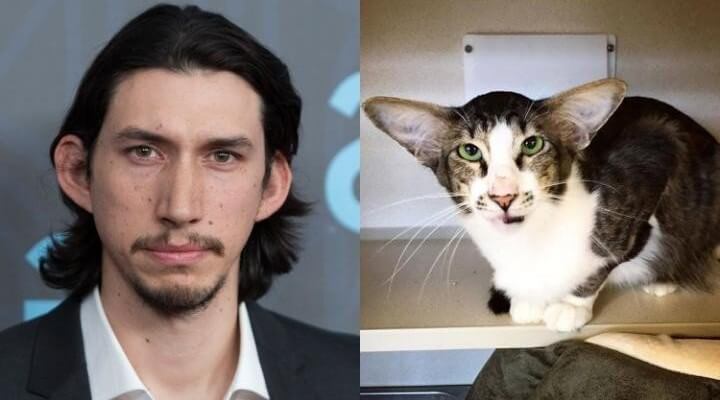 In a Q&A from Nerdist with David Acord, supervising sound editor and sound designer for Star Wars: The Force Awakens, it was revealed that the source of Kylo Ren’s force power came from the most unlikely of places:

“Off the top of my head, the Kylo Ren Force rumble—the really chunky and animalistic rumble—is my cat’s purring. It’s heavily pitched and slowed version of my cat’s purr that becomes Kylo Force rumble.”

This is not the first time weird animal noises were used to create an audio brand for a Star Wars character. Chewbacca’s voice was originally created combining sounds from bears, a badger, a lion, a seal, and a walrus from Long Beach.

On the subject of making Kylo Ren’s force power sound super-fierce, Acord had a very purr-ticular vision in mind:

“The Force sound to go along with Kylo had that deep, raw, animalistic sound. It’s a chunky, raw growl that’s supposed to imitate the Force power he wields, which is a little more raw versus Rey’s Force power , which tends to be—in the few moments when she’s using the Force, hers is a little more smooth and rhythmic and like a heartbeat. That’s the contrast between the two.”

So there it is: cats bring strength to the Dark Side of the Force. What do you think about Kylo Ren’s feline influences? Sound off in the comments below!