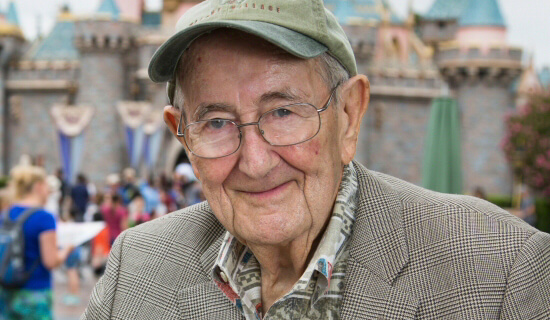 Jack Lindquist, the first president of Disneyland and major contributor to the expansion of theme park operations, has died of natural causes Sunday morning. He was 88.

Jack was a Disney employee from 1955 until his retirement, and also served as the first advertising manager of Disneyland. He was known worldwide for his contributions, as well as having trained future industry leaders, both in and out of the Disney theme parks. One example was Matt Ouimet, who started his career within Disney, where he learned directly from Lindquist. Ouimet later left Disney to lead other international attraction companies, and is currently president and CEO of Cedar Fair Entertainment Company, owners of approximately 19 amusement and water parks in the United States and Canada. As an advertising executive with the Disney company for 38 years, he also established marketing techniques for the modern amusement park, the “Theme Park”. Many replicated his concepts, and the world hasn’t been the same since.

“Jack Lindquist was a Disney original in every sense,” said Robert Iger, Disney chairman-CEO in a statement. Iger noted that Lindquist always referred to his role as Disneyland president as “the best job in the world.”