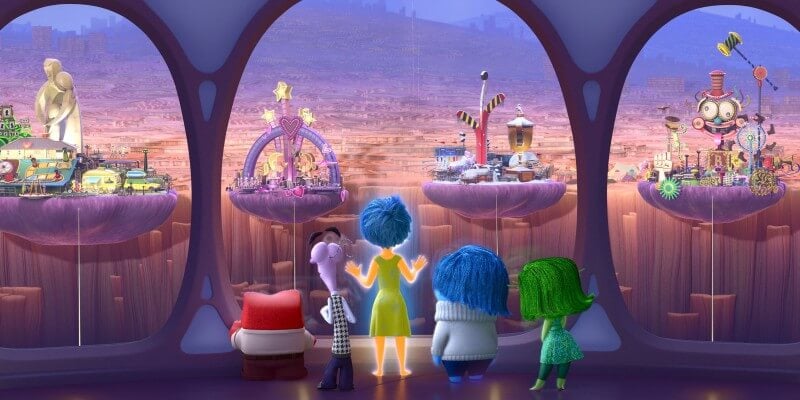 With one of the highest Rotten Tomato scores of the year (98%, 2nd place for 2015, Best Animated Feature Golden Tomato Award), a box office total of over $850 Million worldwide, and a Golden Globe award to its name already, Pixar’s “Inside Out” was one of the greatest accomplishments in film of 2015. While many believe the film deserved to have a better night on Oscar night, including a chance at the Best Picture nomination, the film took home Pixar’s 8th Academy Award for Best Animated Feature film tonight. I’ve been a strong supporter of the film since I came on with Inside the Magic back in October. I still believe that Pete Docter should have received a fair shot at a Best Director nomination. I don’t think he necessarily should have won, but it still would have been historical in its own right to receive a nomination. Still, with universal acclaim given to the film, I’m far from the being the first on its corner (a very crowded one at that). This was one of the most popular animated films in history, and its dominance over the 2015-2016 awards season speaks to that.

As far as Oscar history goes, Pixar has now won more than half of the Best Animated Features Oscars that have existed (8 of 15). It further solidifies the strength of the animation giant, and validates a return to form for the studio after Disney Animation took the last two Oscars in this category. It also makes Pete Docter the 3rd director in Academy history to win two Oscars in this category (Brad Bird and Andrew Stanton each have two as well). He is already tied with Hayao Miyazaki and Chris Sanders for the most nominations in this category, so Docter has firmly established himself as one of the great animation directors in history.

We’ll keep you updated as more awards are announced.