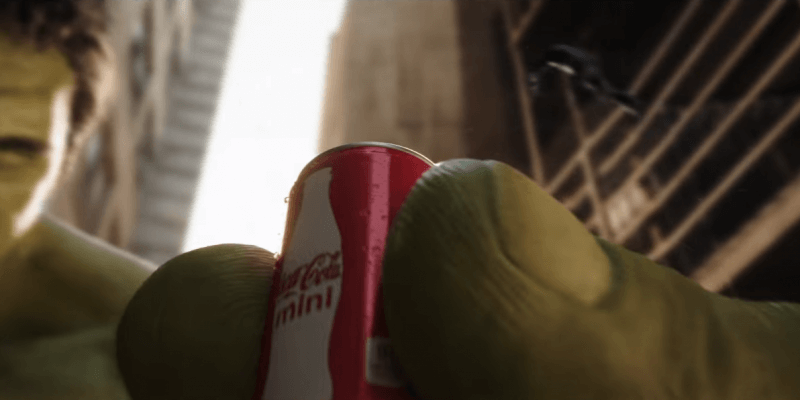 In what looked more like a mini-sequel than a TV commercial, viewers of the Super Bowl were treated to an epic battle between two wildly different Marvel superheroes.

All over a Coke Mini.

Two thirsty heroes. Only one Coca-Cola Mini. Witness an epic chase between Marvel’s biggest and smallest Super Heroes: the Incredible Hulk and Astonishing Ant-Man. Despite their differences in size, Hulk and Ant-Man both know what it’s like to get thirsty. But when there’s just one #CokeMini left in the fridge, who will prevail?