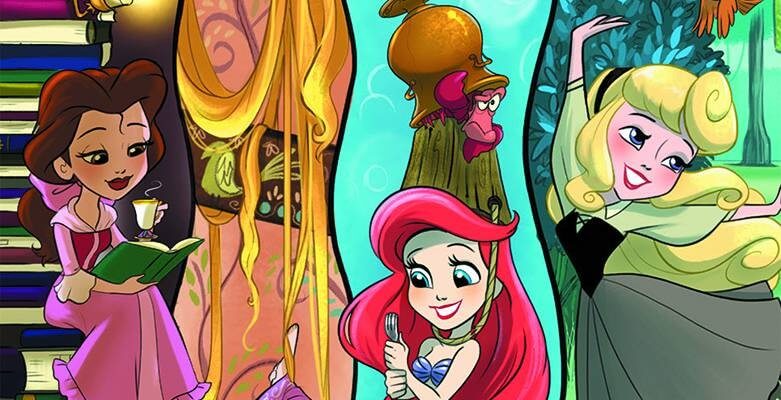 Disney Princesses have been a staple of American popular culture for almost eighty years, and what better way to celebrate the ongoing phenomenon than with a brand-new comic book.

The comic will be the first in a new series of Disney-licensed girl-centric titles coming from publisher Joe Books, which will have an emphasis on “fun, intelligent, and empowering stories and characters.”

We’ve been given an exclusive sneak-preview strip from the comic to share with our readers:

The first issue will hit the shelves of comic book shops later this month.