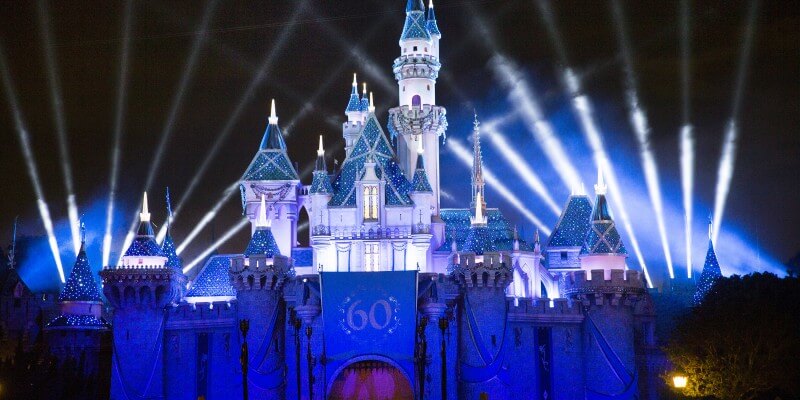 Are you ready to preview the newest piece of Disney technology?

Now you can share the magic of Disneyland’s 60th anniversary right on your phone. A new piece of high-tech gadgetry was introduced in 2012 at the Disneyland Resort called “Glow with the Show”. Using this app, guests would be able to interact with their favorite nighttime fireworks spectaculars through special headwear and accessories. These little gizmos would light up, and would be timed 100% perfectly with the presentation. Fast-forward one year later and they not only revamped the technology, they gave it a fancy new name: Made with Magic.

The science is simple: during different musical numbers, your cell phone will go wild and light up. You’ll then see people with those easily identifiable Made with Magic ears, which strobe in concert with the performance. According to the folks at Disney, you’ll be able to touch your smartphone, activate fireworks, or move your finger around the screen and unleash a sparkle shower. All you need is Disney’s Applause app, and you’re ready to make some homemade magic! Lucky for all of us, this technology will be accessible for the very first time on your very own smartphone during The Wonderful World of Disney: Disneyland 60 special airing this Sunday on ABC. We’re wild about it.

Disney Insider interviewed Pehr Hovey about how the experience will work at home.

“You’ll see plenty of ears on ABC. They’ll be in action on screen. Our partners at ABC really wanted to bring the magic into your living room. We added the same technology as Made with Magic but now it’s inside your phone. Instead of synchronizing to a nighttime spectacular, your phone will sync to the spectacular on screen. You’ll see ears on your screen doing the same color scheme. We’re taking the show that was originally just at Disneyland and bring it nationwide to thousands of people’s homes, all at the exact same time.”

Tracie Alt, the merchandiser responsible for the Made with Magic ears and accessories, went on to explain why they are so critical to the experience:

“What the app is going to do is allow people to to experience something both iconic and classic, and totally modern and innovative all at the same time. They’ll see the ears—the first time it appeared was in the Mickey Mouse Club—but with this technology it really modernized it in an amazing way. So even if they aren’t in the park themselves, they’ll be able to see that. With this app, we’re finally being able to get that experience to the guests who haven’t been able to experience it themselves.”

Without a doubt, Disney is looking to bring us the most immersive second screen television experience today, and we can’t wait to get a try!

You can download the Applause app now (on iOS and Android) and watch The Wonderful World of Disney: Disneyland 60 this Sunday on ABC.