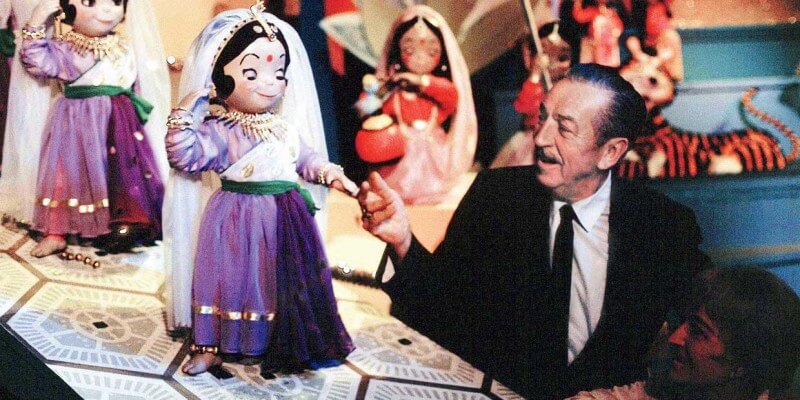 It looks like the next property on Disney’s ride-to-movie chopping block is none other than Walt’s classic masterpiece, It’s a Small World. Variety reports that Disney has hired writers Tim Rasmussen and Vince Di Meglio to take on the project. According to director Jon Turteltaub, the film has actually been in development for the past two years.

The attraction was created by WED Enterprises and made its official debut at the New York World’s Fair in 1964. Nowadays, it’s a popular boat ride in five Disney Parks, and features over 300 audio and electronic dolls from all over the world singing Robert S. Sherman and Richard B. Sherman’s title song over (and over, and over) again. Rasmussen and Di Meglio have credits on a library of classic and timeless cinema, such as License to Wed, Marmaduke, Meet the Fockers and The Girlfriend Equation. So…ya know…what could go wrong?

For updates on this film and many others, stick with Inside the Magic! In the meantime, tell us in the comments what you think about It’s a Small World being made into a feature film. You know you have opinions. Don’t lie to us.