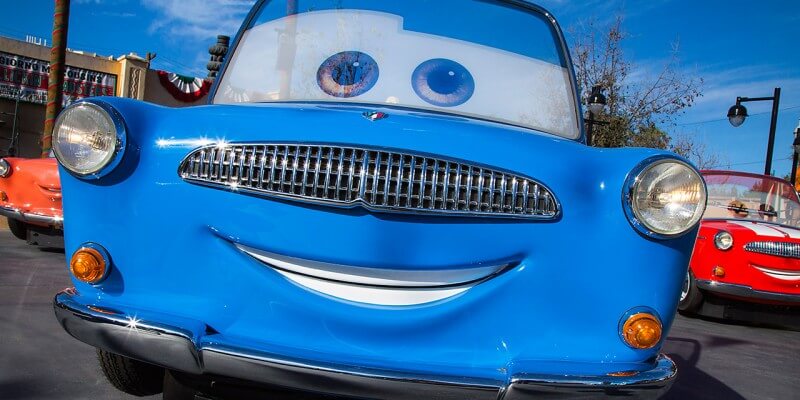 The Disney Parks Blog describes the ride as a “special celebration” where “Cars Land guests will be able to ride along with Luigi’s cousins as they move and spin to upbeat Italian music, performing the traditional dances of their hometown village.” The attraction’s Imagineers also promise that each ride will be unique, as the cars follow different choreographed paths along the trackless “dance floor.”

The Disney blog also announced a special Annual Passholder preview day on Friday, March 4th, when passholders can participate in a soft opening of the ride from 9:00 AM until 10:00 PM.

Now that we’ve seen official video of the ride in action, Luigi’s Rollickin’ Roadsters looks to be a fun, energetic good time for the whole family, in the tradition of the Mad Tea Party!