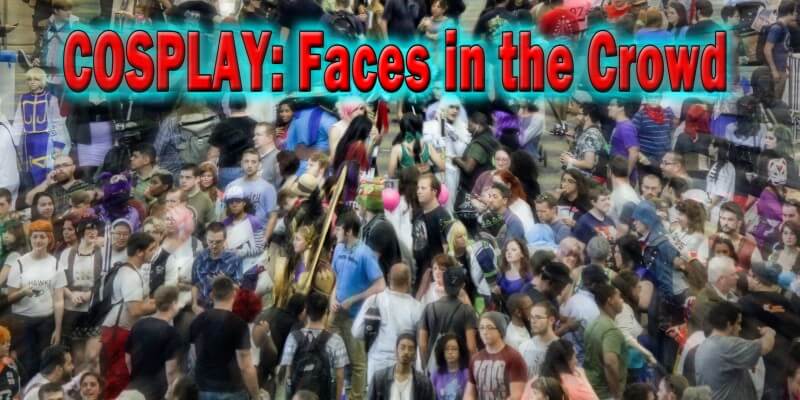 Inspired by childhood hero Isis (archaeologist turned super hero in “the Secrets of Isis” 1975-76), Lady Rosetta Fire dove head first in the world of costuming as a desire to play the role of Isis.  Her childhood heroes and experience continue to influence her cosplay creations to this day. Of the many incarnations while cosplaying, Lady Rosetta confessed that assuming the appearance of Elvira, Mistress of the Dark is her favorite enchantment. OTM is thrilled to have the opportunity to discuss the cosplay universe with this talented cosplay artist.

Have you ever been part of a panel, a featured celebrity at an event or in the media?
Yes, yes, and yes. Swampcon 2013 panel, Search for the Next Elvira – reality series, Alt. Lifestyles and many more…

Do you make your own costumes/props?
A lot depends on time, finances and is the character currently a popular cosplay. If it isn’t the costume usually is handmade or commissioned.

When you create your outfit do you strive for near perfection in accuracy or just the essence of the character?
That depends on how I feel about the character. For instance, Elvira, I want her to look perfect down to hair, nails, eye color (I wear blue contacts), jewelry, etc. In comparison to the Star Wars universe, the only major female role on screen was Princess Leia until the Phantom Menace, so to match my husband’s Darth Vader cosplay I did a variation of Leia in white since I didn’t like the original white batwing costume nor did I identify with the character. Now, I know she had many outfit changes in the saga, but most people would understand the cinnamon bun wig at first glance. I loathe explaining my cosplays. Is there a favorite moment or event?
Ironically, it doesn’t involve me but my husband in total character. At DragonCon years back, my husband was dressed up as an MiB agent, another person was dressed up as agent J and another as an alien in a MiB like suit from Dr. Who’s the silence. They by chance all bumped into each other at the Marriot. My husband said, “J, I believe we have an unlicensed alien here,” and he pulled out his neuralizer. J said cocking his J2 pistol, “Yes, I believe we do.” The alien shrugged and acted as if he tried to explain as if trying to get out of a speeding ticket. The trio laughed and all of us went our separate ways.

Please describe anything you might see as a roadblock or concern in the cosplay community:
There are a couple of things that do concern me. One is body image. Some believe to best convey a character properly is to look exactly like the character, but not everyone can go to the gym every day due to time, financial and sometimes physical restraints such as a damaged knees or back. All I care about is a well-made costume that fits the person. If you want to be Wonder Woman and weigh more than 250 lbs. then I’m cool with it as long as your costume fits you. Wardrobe malfunctions are limited only to Janet Jackson’s bad nipple pastie reveal.

The other concern is finances. Unless you make your living at cosplay do not put yourself into debt over it. In the end, it isn’t worth it. . A good character never dies in our hearts so it doesn’t matter if you do your character this year or the next. The most successful cosplayers I’ve seen usually have only a few characters and they keep improving on them each year. For instance, I’m still searching for the ultimate Elvira wig, and I’ve been cosplaying her since 2009.

What advice would you give to someone getting started in this realm?
Only this, let your imagination go wild and remember to have fun. Safe fun, that is.

Finally, any additional insight/information about your involvement in cosplay that you like add?
One thing, you are NEVER too old, fat, skinny, awkward, whatever to cosplay. Cosplay is for everyone! Whether you know me as Christina, Rosetta or whatever character I’m portraying, I’m pretty easy to spot because I don’t do boring (my personal motto).  –Lady Rosetta Fire Comments Off on COSPLAY – Faces in the Crowd: Lady Rosetta Fire