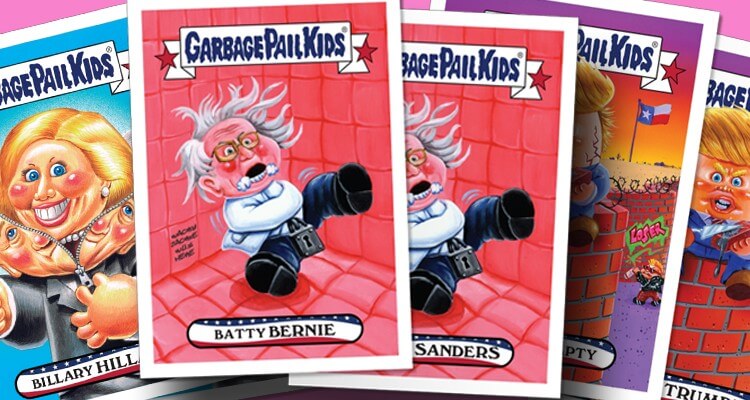 With Super Tuesday upon us this election year, it seems fitting that Topps has released a (more accurate?) variant of their Garbage Pail Kids trading cards to “honor” the candidates running for President.  The collection of 18 cards was only offered for a limited time (through February 10th 2016*), maybe because the herd of contenders would start to thin soon thereafter? Listed in the set:
Donald Trump
1a DONALD DUMPTY
1b HUMPTY TRUMPTY