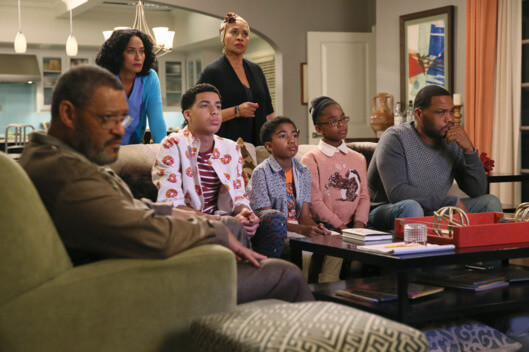 Over the last few years, it is impossible to deny the ground swell for Black Lives Matter. It is an important movement occurring across the United States, and yet, most shows on network television had chosen to pass on touching the topic. It’s not exactly hard to understand why, as the topic has been divisive for some, while many like myself see it as an integral conversation to our nation at this moment and time. Even so, network shows have often been resistant to touching potentially controversial subject matter.

However, ABC’s “Black-ish” took on the issue in an incredibly moving and vulnerable episode last night. Without a doubt, “Hope” should be a must watch for anyone who does not fully understand the Black Lives Matter movement. As Alan Sepinwall of Hitfix put it, the “special episode” has all but disappeared from television. While they used to be a mainstay of the 1980s, special episodes have gone the way of the dinosaur in series. The only one that has stuck with me since my childhood was a special episode of “The West Wing” called “Issac and Ishmael” that attempted to understand the issues surrounding 9/11. Still, “Black-ish” is a comedy, not a drama set in the White House. There’s a world in which “Black-ish” could have gone on without touching upon the issues brought to the table. Yet this episode never shied away from them for a minute. This is not surprising for anyone has been keeping up with this show on a week-to-week basis, as it has quickly turned into one of the best shows on television. If you don’t believe me, check out other episodes from this season like “The Word” or “Rock, Paper, Scissors, Gun,” which are not only extremely timely, but provide really strong takes on the issues at hand.

It would be impossible to mention the show without its creator Kenya Barris, who scripted the Johnson’s through the night without having the characters change their personalities. The episode functions as a “bottle episode” with most of the characters contained to the living room of the house while they await word on whether or not the fictional officers of a police brutality case would be tried for their actions. If you’re worried about there not being enough comedy in this episode, it’s present throughout the episode in bunches. Even seemingly extraneous bits end up wrapping back to further characters by the end of the episode, giving a complete arc to every character on the show.

Anthony Anderson was incredible in this episode, reminding audiences that he has far more range as an actor than simply relying on comedy to get by. His monologue about Obama’s inauguration will likely be one of the best moments in television for the year, and we very rarely get moments so personal and heartfelt from leads on comedy programs. Just as powerful was Tracee Ellis Ross, who struggles with the balance of her natural optimism, and harsh reality that unfolds for her family and children.

The children in the episode also address various aspects of the issues facing black youth in America today, from choosing to participate for what they believe in, to the very fear of what that participation may mean for their own safety. The show has been criticized in the past for not addressing real issues for the black community, and even inspiring wrath based on its name. For many, the show does not address the realities of being black in America today. The show may still have some room to grow, but it is clear the show does not want to skirt these issues. If “Black-ish” has more episodes like this in the future, it will be hard to dispute its importance to television moving forward. For those on the fence, be aware that this episode of “Black-ish” will be the most heartfelt and honest episode of television this year. Great television is willing to interact with the zeitgeist in which it is formed, and “Black-ish” has proven it can provide smart and sincere takes on the subject matter that is directly facing its cast. There may not be a half-hour of television in 2016 that is more worthy of your time than “Hope.”