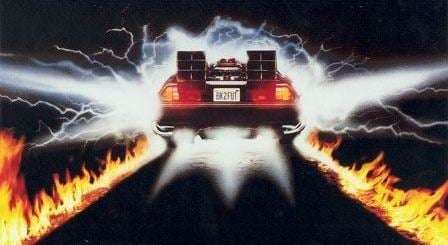 A Bush is running for president; Star Trek, Star Wars and Terminator are back in theaters, and gas prices are mirroring the 1980’s, so it seems only appropriate that the motor vehicle made famous by Marty McFly and Doc Brown would take a trip through time to 2017.

After going bankrupt due to John DeLorean’s drug debacle, Texas businessman Stephen Wynn purchased the company in 1987.  Wynn had been restoring the classic car (non-time travelling version) ever since (the refurbished ride sold for around $50,000). Now, after three decades, DeLoreans are about to be back in full production.  Due to a change in Federal regulations the familiar sleek, silver, gull winged wonder is set to begin assembly sometime in 2017.

According to the Humble Texas factory, there are enough parts to produce only 300 of the stainless steel-bodied DeLorean. CEO Wynn promises that the venerable vehicles appearance will be unaltered. The new versions are expected to sell for just under $100,000 each. No word on an optional flux-capacitor or if the gas pedal will be restricted to limit speeds to under 88mph.

You can visit their official site by clicking here to find out more about their plans and you can even take a virtual tour around their facility.