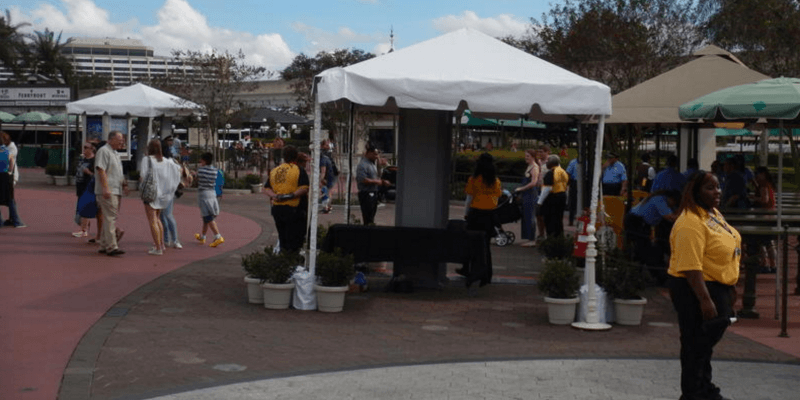 Both Disney and Universal have been advertising for new security guard positions. Disney’s pay starts at $10.55 while Universal doesn’t specify. The theme parks would not say how many people they are adding or give details on the security measures they are taking.

Abraham Pizam, dean of the University of Central Florida’s Rosen College of Hospitality Management, commented to Orlando Sentinel, “I would say given the nature of their operation, we’re not talking about tens. We’re talking about hundreds.”

Last month Disney made several security changes, including forbidding costumes on adults in the theme parks and banning toy gun sales in parks. Around this time, SeaWorld and Universal also began the use of metal detectors at its gates.

Disney has been using a third-party company – along with SeaWorld Orlando and Universal Orlando. In the coming weeks, Disney plans on moving all security operations in-house.