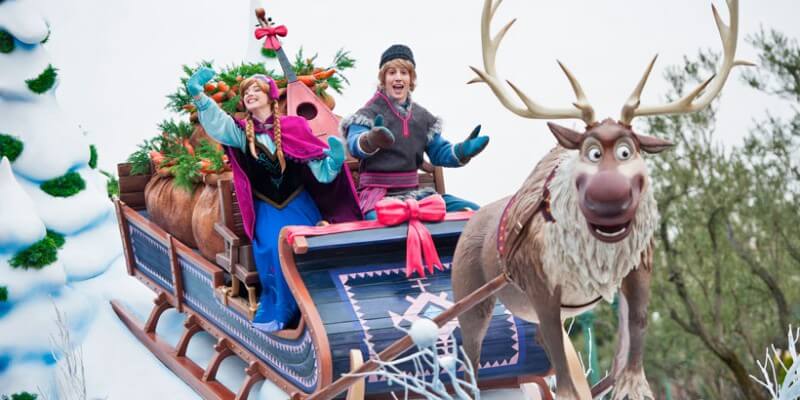 Tokyo Disneyland just brought back their popular Frozen Fantasy event that premiered 2015 and new for this year is the Frozen Fantasy Parade. The parade feature lots of new characters from the “Frozen” movie, most notable is the first appearance of Prince Hans.

Other characters from the movie you can spot in the parade are the trolls, Marshmallow and the snowgies.