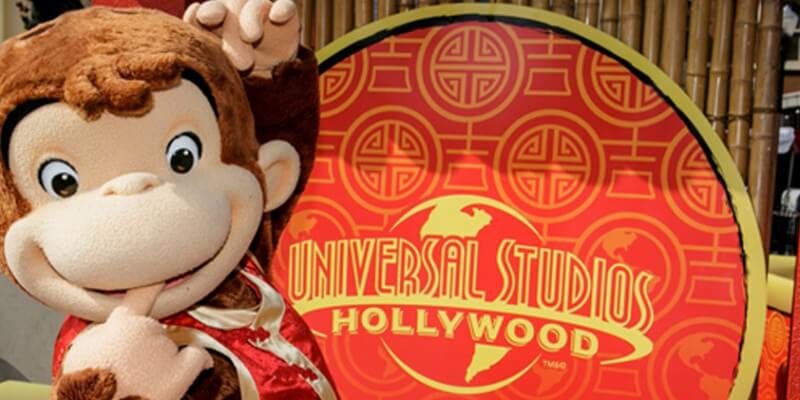 It’s almost time to celebrate the Lunar New Year (as observed in several Asian countries including China, Mongolia, and Vietnam) and Universal Studios Hollywood is marking the occasion with festive decorations and performances. The Year of the Monkey is going to begin with a bang!

Beginning Saturday, January 30th and going through Sunday, February 14th, guests at Universal Studios Hollywood will be treated to a grand courtyard decked with traditional Chinese lanterns and a huge plum blossom arch.

There will also be, for one day only on Saturday February 13th, unique and exciting performances by the “Five Continents Arts Troupe” from Shenzhen, China. Guests will also be able to meet and have their photos taken with Universal’s resident monkey Curious George and a special Mandarin-speaking Megatron near Transformers: The Ride.

Along with the Asian-inspired treats and music that will accompany the event, this is definitely a celebration of the Lunar New Year that you won’t want to miss!