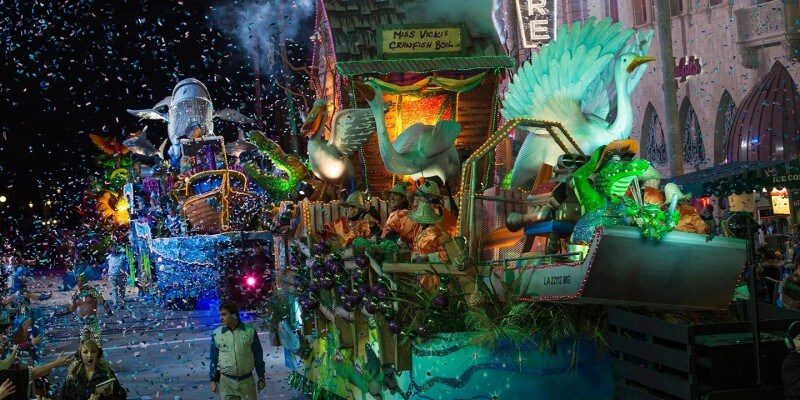 Beginning February 6 and continuing on select nights through April 16, a wide range of artists will be take the stage while guests enjoy authentic Cajun cuisine and enjoy a special parade to celebrate the occasion.

Four new floats will be added to the fleet for 2016 that “celebrate different cultures and festivals from around the world — Venetian Carnival, Oktoberfest, 4th of July and Rio de Janeiro Carnival”. In addition to many, many beads being thrown around, the concert line-up will boast some top talent. Legendary singer Diana Ross and superstar act Fall Out Boy are just some of the big names appearing.