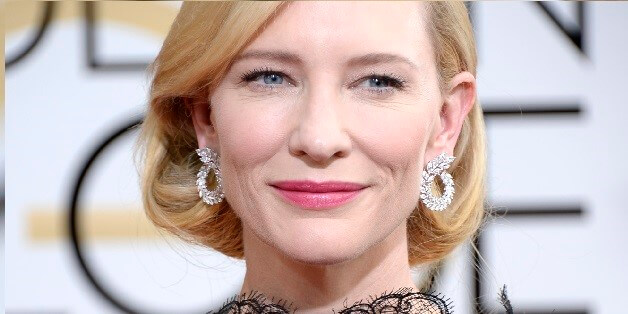 As the Marvel Cinematic Universe has continued to expand, one of the most impressive things about the films is how the studio has used proven talent to help balance out potential risky films. Whether they recruited Anthony Hopkins to play Odin in the Thor films, Glenn Close and Benicio Del Toro for “Guardians of the Galaxy” or even Robert Redford for “Captain America: Winter Soldier,” the studio has given tried and true stars the ability to shine alongside their newcomers. Now that the MCU is more developed, many of these stars are looking to take on bigger roles for future films. With adding a superhero credential seeming more and more like a requirement, most actors and actresses are seeking out parts in future films. One rumor that has been circulating recently is the potential for Cate Blanchett to take on a role in “Thor: Ragnarok”. It seems that The Hulk actor Mark Ruffalo may have just confirmed that talks are indeed happening.

According to Entertainment Tonight, Ruffalo was speaking with them at the BAFTA Awards Season Tea Party when he dropped this sound bite:

“I’m so thrilled. I saw her at the Governors’ banquet here and heard that maybe she was circling, they were talking to her about the part, so I ran up to her and I was like, ‘Please, please, please make this work!’ She’s just one of the best, and to have her play a baddie is going to be really exciting.” First of all, it’s exciting to hear that she’s being courted by Marvel from one of the big guns. Ruffalo certainly did not have to talk about superhero films at an event where his film (and performance in “Spotlight”) was certainly the focus of many people. The fact that he went out of his way to comment on the possibility of adding the actress may have been a very calculated move by Ruffalo to show his excitement to her, and potentially bring her into the fold.

Second, it would be the first female head villain in the MCU if Ruffalo is to be believed. This in its own right should be appealing to Blanchett, who had an excellent turn as the Stepmother in the 2015 live action adaption of “Cinderella.” I could certainly see her jumping back into the fold as a villain against the heroes of Asgard, and she could potentially step up her game as an incredibly dangerous threat to Thor and his friends. Obviously this will be the case if Hulk finds his way to Asgard for the film. This calls into question which villain Blanchett could be playing. Screenrant offered up several potential characters but two in particular stand out as possibilities. The most likely character would be that of the Enchantress. Often seen by the layman as the female equivalent of Loki, the Enchantress is an extremely smart and powerful character who uses her charm to seduce and mind control those who stand against her. She is one of Thor’s most formidable foes, and if this does end up being Chris Hemsworth’s last Thor solo film, it would be a wise villain to end on. On another hand, the idea that Blanchett could be playing Death herself would be intriguing. It would function as a great tie to Thanos for Thor, with potential goal of Death to capture some of Asgard’s precious artifact to fight Earth’s mightiest. She could also become a recurring character that could appear in other films for Marvel, giving her a more versatile role than other villains to this point. At the same time Death has never really been a villain per se, but instead a being that follows the avatar of Death. She has used Thanos for this goal in the past, but never fully loves him regardless of the death toll he creates. One character that has not really been pitched is that of Morgan le Fay. While she is not exactly a “Thor villain” she has often crossed over into other series for limited bouts. While she was originally conceived as a villain for Spider-man, she has crossed over into Asgard and used the “Twilight Sword” to fight the Avengers. She even filled the void left by Ultron in the “Age of Ultron” storyline, where she conquers the world based using Asgardian magic. She would be an interesting direction for Marvel to take the character, and again, would allow for a high level of crossover.

In the end, whichever character Blanchett plays, she will be adding a high level of skill to the cast. That’s saying a lot when you already have talents like Idris Elba, Tom Hiddleston, and Anthony Hopkins. After all, six Oscar nominations (and likely a seventh), as well as two wins makes her one of the most decorated actresses of all time. We’ll keep you updated if/when she is officially announced to join the cast.

“Thor: Ragnarok” is set to release on November 3rd, 2017. It will be directed by Taika Waititi, and stars Chris Hemsworth, Jaime Alexander, Tom Hiddleston, Mark Ruffalo, and Idris Elba.