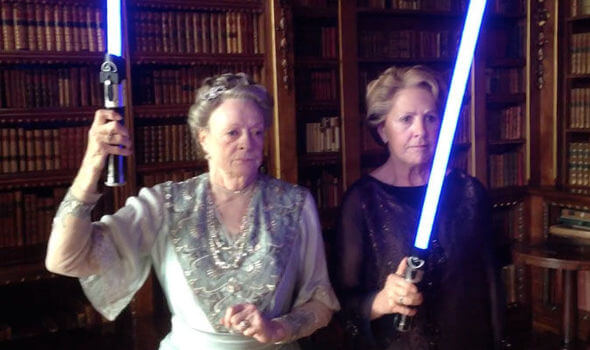 Now that the force has awakened AND with the return of Downton Abbey to PBS for its final season, a new presence has been detected. . .

The force was strong with this charity – goals were exceeded (nearly 1600 Pounds raised)!  Thus, in September, fans were treated to an extended “sequel” featuring more members of the Downton Abbey cast.