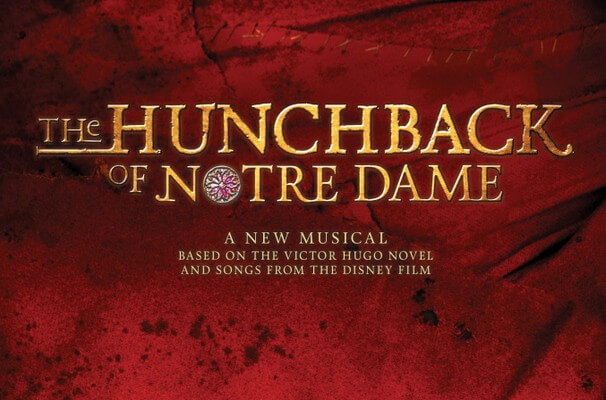 The studio album for the Disney stage musical The Hunchback of Notre Dame by Alan Menken and Stephen Schwartz is scheduled to be released January 22.

This cast album features many members of the original production that played in California and New Jersey, including Michael Arden as Quasimodo, Ciara Renée as Esmeralda, Patrick Page as Frollo, and Andrew Samonsky as Phoebus.

Can’t wait another week? Take a listen to Renée’s version of “God Help the Outcasts”:

Here’s Arden’s take on “Out There”:

BroadwayWorld.com has the exclusive on Renée and Samonsky singing “Someday”:

The cast recording album is available for pre-order through the Ghostlight Records label. Fans who pre-order the album will be able to download “The Bells of Notre Dame” immediately, as well as receive three more tracks ahead of the entire album’s release.

When fans pre-order the CD, they will also receive a 32-page booklet with lyrics, photos, and a note from composer Alan Menken.

If you haven’t pre-ordered yet, click here. You can also purchase the album on iTunes.