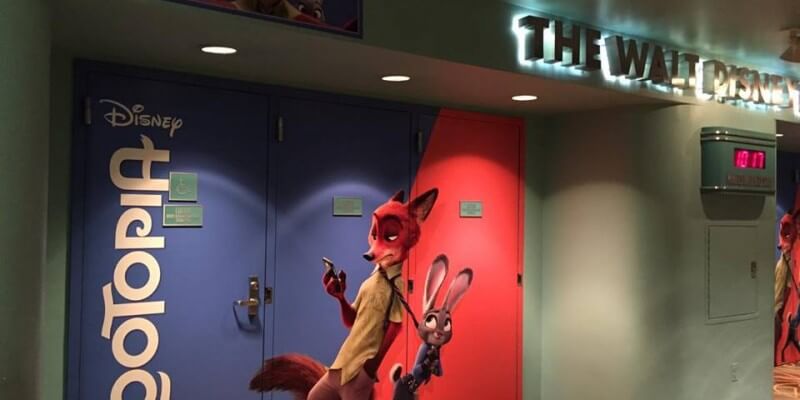 Walt Disney Studios latest animated movie, Zootopia, will premiere in theaters on March 4th but you can now head to Disney’s Hollywood Studios to get a new sneak peek at the film. The preview is held at the end of the “One Man’s Dream” attraction, where the Walt Disney movie is usually held. Subtle movie promotion has also been added to the attraction. The preview is about 10 minutes long and both show new scenes and ones we have seen previously from the trailers.

Don’t forget to also pick up your own “Judy Hopps” and “Nick Wilde” ears.