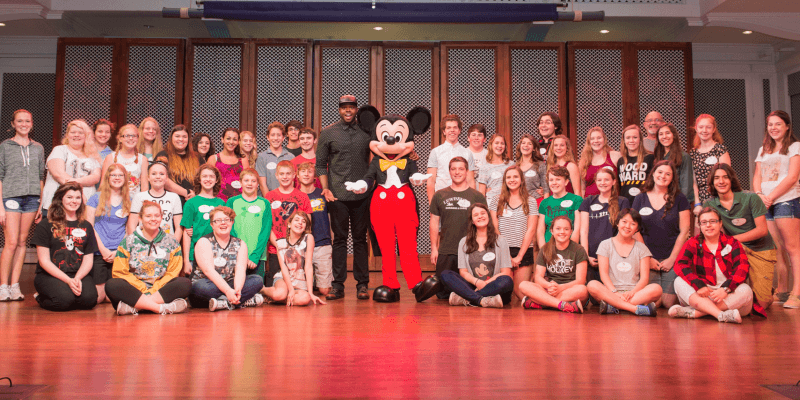 Kevin “K.O.” Olusola, know for his cello and beatboxing skills in the Grammy Award-winning group Pentatonix, visited the Disney Performing Arts students on Wednesday at Disney’s Saratoga Springs Resort. The students were taking part in the “Disney Sings” musical workshop.

Lewisburg Area High School Choir from Lewisburg, Penn. had the chance to share the stage with Olusola as he showcased his beatboxing skills and did a question and answer segment. Olusola also spoke with the students about achieving their dreams as young musicians.

“Be extraordinary and uncommon,” said Olusola. “Whatever, you do, be the best that you can be with it.” Pentatonix grew to fame after winning season three of the popular singing competition “The Sing-Off.” With over 2 million albums sold, and over 905 million views on their YouTube channel, the group definitely knows how to entertain.

Olusola, 27, is a graduate of Yale University.