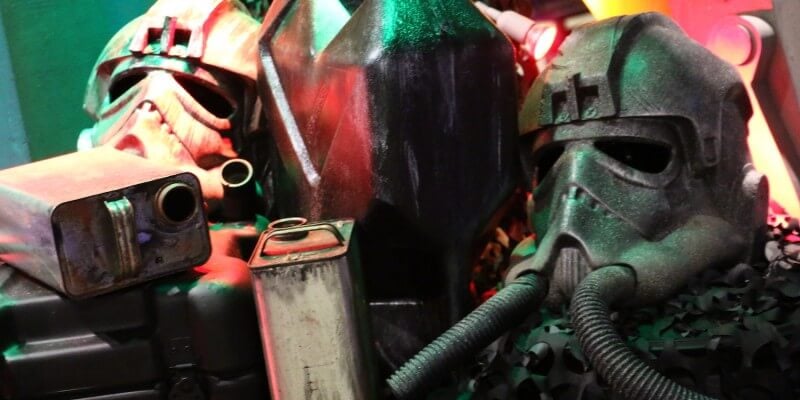 This year’s event is packed with simulators and other technological demonstrations and exhibits from some of Orlando’s biggest companies.

To help kick it all off, some famous Star Wars faces were on hand including Darth Vader, Boba Fett, and a Stormtrooper from “The Force Awakens,” who took a little time to get some training on a flight simulator. Walt Disney World is in attendance once again to give a behind-the-scenes look at their animatronics and special effects, including the basics behind the Haunted Mansion‘s famous Pepper’s Ghost effect and a glimpse at simulating rides in development through virtual reality. Disney also pulled out a small Star Wars-themed display, seemingly just to remind everyone that more Star Wars is on the way to the parks. Other big local names exhibiting at Otronicon include the DAVE School, EA Sports, and Lockheed Martin, which is showing off a 3D printer creating small aircraft models they use to help operate aircraft carriers. The Medical Sim City section is always fun to interact with at Otronicon, offering a chance to get hands-on with the latest developments in operation technology – displayed with a sense of humor. Among the highlights of Otronicon is ArcAttack, a show combining music and science using giant “singing” Tesla coils. It’s quite a shocking show! Throughout the weekend, various speakers will host panel discussions and tutorial sessions to learn from game developers and more. Otronicon will also host a Game Jam in which game developers will create a new game in just 30 hours.

Find out more about Otronicon on their web site.

Comments Off on Otronicon v.11 kicks off with Star Wars sights, Disney displays, and other simulation fun at Orlando Science Center