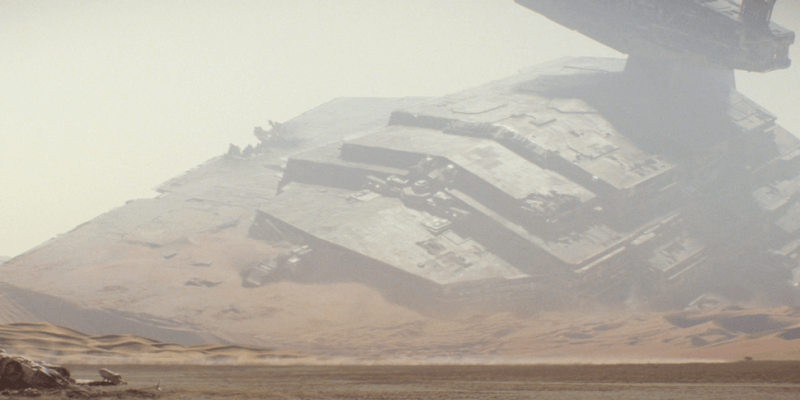 The “Below the Line” categories make up a lot of the behind-the-scenes personnel for a film, namely the people you do not see on screen. These races remain extremely competitive, and for films like “Gravity” can make up the majority of their Best Picture case. Without the support of these categories, it’s rare for a film to win Best Picture, but certainly not unheard of. Still, this is often where you separate the pretenders from the contenders. This category is often overlooked by the casual Oscar fan, but is a huge part of winning Best Picture. Getting nominated in this category is huge, as the only two films since 1980 to win Best Picture without a nomination here were “Birdman” (2014) and “Ordinary People” (1980). While “Birdman” did it last year, it was a very unique case to say the least. With that in mind, I have “Mad Max: Fury Road,” “The Big Short,” and “The Revenant” as the locks here. All three use editing to greatly enhance their films, and “Mad Max” in particular feels like an adreneline rush due to how it was edited. That’s likely the winner, but all three are formidable. “The Martian” is the weakest of the locks, but a lock none-the-less. The cuts were extremely well timed, and added greatly to the “comedy” we all heard so much about at the Globes. “Spotlight” really needs this. I cannot tell you how much this movie needs this nomination. It was edited excellently and felt like a brisk movie from start to finish, but the ACE miss was a big deal. It should have found its way in as the presumptive frontrunner, and Oscar history rarely repeats itself twice in two years. If it misses here, I don’t believe it wins Best Picture. “Sicario” and “Star Wars: The Force Awakens” found some much needed love from ACE and are looking to play upset on Oscar day. The first half of “Star Wars” was paced extremely well, and my problems were with the actual story being told, not editing. If it pops up here and pulls a Best Picture nod, Disney will be going all in on the film. “Bridge of Spies” also has a shot here, and should appeal to many of Spielberg’s fans.  Editor Michael Kahn has 3 wins in this category and the film scored with BAFTA. He been nominated for editing most of Spielberg’s movies, including “Close Encounters of the Third Kind,” “Schindler’s List” and “Saving Private Ryan,” so clearly he’s always a threat for the nomination. Both “Joy” and “Inside Out” are stretches, but each represents a unique branch. “Joy” got an ACE nomination, and “Inside Out” specifically had an editing featurette on its discs to showcase the process. It would be a first for an animated film, so I do not have it here as more of filler than a contender. There are four things you can bet money on a year away from the Oscars, and probably still make money. John Williams will get nominated in Original Score, Thomas Newman will also get nominated, but will almost assuredly lose. Meryl Streep will get nominated in an actress category. And Roger Deakins will lose the Best Cinematography Oscar. It’s a shame, but his work in “Sicario” this year might actually be his best since “True Grit.” He’s really good at Westerns.

However, his recent rival, Emmanuel Lubezki is back again. Lubezki is on a very impressive streak, winning for both “Gravity” and “Birdman” in back-to-back years. Will “The Revenant” continue the streak? With the Western aspect in play, as well as a very “Saving Private Ryan” intro to the film, he is a lock again. “Mad Max” was also beautifully shot, which was difficult with all the action going on. Expect DP John Seale to get his first nomination since 2003. Frequent collaborator of Quentin Tarantino, 3 time winner Robert Richardson, should also be in (if for nothing else, filming on the 65 mm film with now ancient cameras). Still, he missed with the American Society of Cinematographers, and they are the ones to most likely respect his efforts. Instead, I’m placing better odds on Spielberg’s frequent collaborator, Janusz Kaminski (also a two time winner). I see them both making the cut at the end of the day, but it’s close. I don’t buy in on Lachman making the cut for “Carol” but the ASC nod means he’ll be close. The big wildcards here are in Sci-Fi and Foreign. Ultimately, I don’t see “Room” getting a nod, but it’s certainly worthy of the honor. Instead, “Star Wars” could score another series first with a Cinematography nomination. The previous six entries in the series combined have not yielded the same quality cinematography that “The Force Awakens” did. Don’t believe me, look above.  Yes, it’s a visual effects driven scene, but let’s not forget, “Avatar” and “Gravity” won Best Cinematography. “The Martian” also did an excellent job of showcasing the foreign landscapes of Mars, giving the film a scale that many did not expect. “Son of Saul” seems unlikely, but other “foreign” films like “The Grandmaster” and “Pan’s Labyrinth” have shown up on Oscar morning. Getting double nominated in the same category at the Oscar, but getting double nominated in the same category is harder still. For Sandy Powell, that is about to become a reality. I have her as 1 and 2 on my list because “Carol” and “Cinderella” use both the costume design to really enhance their characters. Either could win, and she should be taking home her 4th Oscar for her work. I also think that “The Danish Girl” and “Brooklyn” both have plots that are so intricately tied to the clothing on display, that they should get a lot of support from the costume branch. This could be one of two places that Universal’s “Crimson Peak” may find some light after a disappointing theatrical run. The costumes were immaculate, but the film was far from a must-see for voters. It should show up but may fall by the wayside to Best Picture contenders. Of those contenders, I think “The Revenant” may benefit the most from its positive reception, but “Mad Max” also has an opportunity to surprise. “The Hateful Eight” is also in play, and could potentially overshadow “The Revenant” as the best Western costume design. “Trumbo” also feels like a long shot, but old Hollywood played well for “The Artist.” It’s unlikely due to the high quality of costumes this year, but if there is a logjam at the top, it is unique enough to sneak through. Again, “Star Wars” showed up with the Costume Designing Guild alongside “Mad Max” and “Cinderella.” The first film won the Oscar, but no movie in the series has been nominated since. I’d be very surprised if it shows up, but the costumes were certainly unique enough to make the film stand out, even within the franchise. After “the bakeoff” eliminated films like “Cinderella” and “Star Wars,” it felt like there were two clear tiers for the contenders. One of those is “Mr. Holmes,” which found a way to age Ian McKellen over twenty years. The film also flashes back and forth, making the makeup work obvious to the viewer in a way that juxtaposes Sherlock Holmes in his 70s and 90s. Aging is one of the hardest things for a makeup artist to do, and “Mr. Holmes” accomplishes it. “Mad Max” also showcases impressive makeup work, especially on the War Boys. Each is scarred in unique ways, showcasing a diverse range of makeup techniques similar to the Orcs of “Lord of the Rings” (won 2 of 3). The only film I see as potentially at risk is “The Revenant.” I am almost certain that it gets in, but the presence of the completely unknown “The 100-Year-Old Man Who Climbed Out the Window and Disappeared” makes me pause. It accomplishes the same feats of “Mr. Holmes,” and if it got to this stage, could it get in? “Black Mass” does a lot with Johnny Depp, but I think it goes the same way of “Foxcatcher” from last year. I think the bakeoff was consolation for both “Legend” and “Concussion.” This category feels relatively decided at this point, with four of its potential nominees well established in the race. “Bridge of Spies” stands out with the recreation of the Cold War in its setting. “The Danish Girl” accomplishes a similar effect with the 1920s. “Star Wars” should also return the series to its former glory, using the production design to help establish scope on Jakku as well as in the Starkiller base. Each film in the original trilogy got a nod, and it feels likely this one will as well.

“Mad Max” was able to tell its story across a wide range of locations, making it a real contender for the award. However, many of those locations and set pieces occur in the desert. There’s a possibility that those who vote will simply be tired of seeing sand dunes. The cars should potentially play into the set design, but I am unsure if the voters will see them that way. “Carol” and “Brooklyn” could potentially cannibalize themselves, as each is based out of a department story in New York City, in 1952. Seriously, they take place during the same year. Both are expect in their design of this period, but I can see a scenario where voters pick one or the other instead of both. I think every other film is really hoping for a nomination, but the other work present is simply better version of what they are attempting to accomplish. Both “Cinderella” and “Crimson Peak” are very pretty, but are far better at showcasing other elements of the film than their expansive estates.

That does it for the below the line categories!  To recap, “Inside Out” should not receive a nomination in these categories. “Bridge of Spies” checks in with one lock and two categories on the bubble. Cinderella should receive one lock and another on the bubble. Meanwhile “Star Wars” has one lock, but potentially three more nominations in the below-the-line categories. Again, “Star Wars” is Disney’s big player for the Oscar, but “Bridge of Spies” is definitely keeping pace.

Comments Off on Oscar Predictions: “Star Wars”, “Bridge of Spies”, and the below-the-line categories