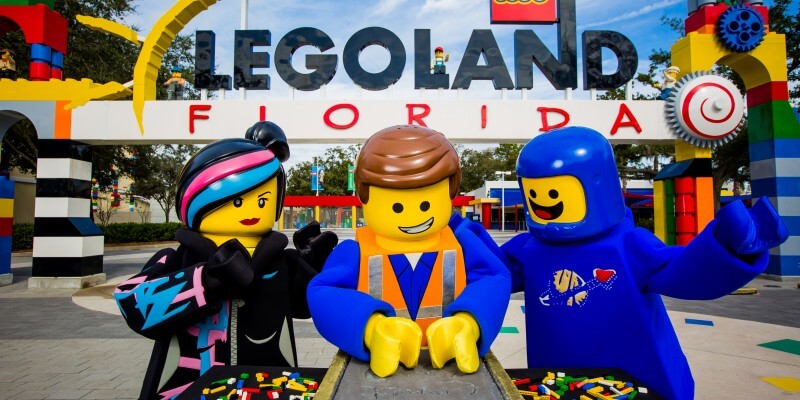 LEGOLAND Florida Resort hosted the world premiere event on Jan. 28 for the grand opening of the new “Lego Movie 4D A New Adventure” film that will be presented exclusively at LEGOLAND resorts and LEGOLAND Discovery Centers worldwide.

The new short reunites Emmet, Wyldstyle, MetalBeard, Benny and Unikitty as they continue their adventures from the wildly popular “The Lego Movie”, this time with a new villain named Risky Business. Like other films shown at LEGOLAND, it incorporates “4D” effects including lights, wind, fog and water during the presentation.

Set after the events of the movie, the 12 1⁄2-minute story finds the gang entangled in an Evil Secret Plot involving a mysterious theme park inspired by their adventures in “The LEGO Movie,” one that requires them to call on the Master Builder skills of a surprise ally to save the day.

The film was directed by Rob Schrab, who is also helming “The LEGO Movie Sequel,” set to open May 18, 2018.

“This is the story of our gang letting off some steam between films,” he said. “The humor and tone is very similar to ‘The Lego Movie.’ ” Additionally, LEGOLAND Florida Resort will hold an exclusive event every Saturday and Sunday in February to celebrate the release of the new movie.

Guests will enjoy extended park hours, LEGO building opportunities, hands-on activities built just for kids, a passport adventure with stops throughout the park and meet-and-greet opportunities with the characters from “The LEGO® MovieTM 4D A New Adventure,” including some never seen before in a LEGOLAND theme park.

To conclude the fun, each evening will end with an amazing fireworks display over picturesque Lake Eloise. All activities and entertainment are included with park admission.