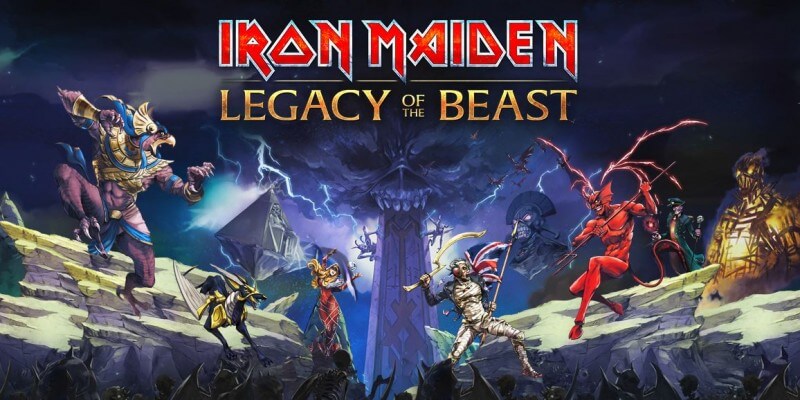 Teaming up with Roadhouse Interactive, Iron Maiden returns to the video game arena with a new, free to play, mobile adventure called “Iron Maiden: Legacy of the Beast”.  Available on both IOS and Android platforms this summer, the excitement casts the player as the band’s famous mascot in a time travel adventure featuring three decades of ‘Maiden music and mythology. Battle as Eddie, in his many guises across worlds inspired by the rich lore and music of Iron Maiden –one of the most iconic and influential bands of all time.

A mysterious force has shattered Eddie’s soul and scattered the shards.  Travel through time and space collecting the pieces as you encounter a cast of dramatic and engaging characters. Photos: Facebook page for Iron Maiden: Legacy of the Beast (visit for more images and information)