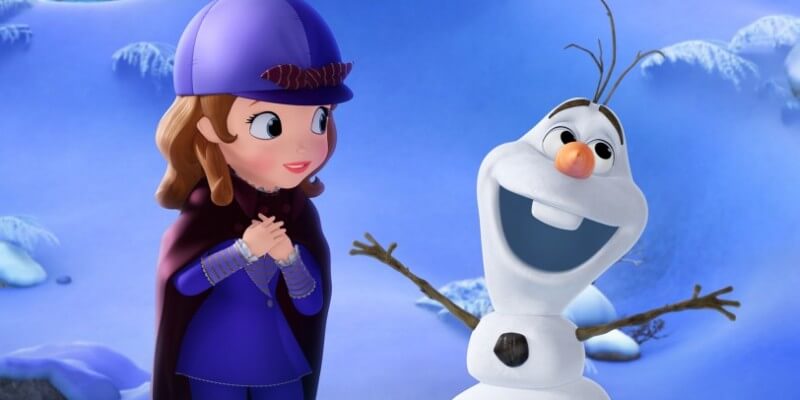 If you’ve been craving more Olaf in your life, then get ready for the breakout comedy star of “Frozen” to make his first ever appearance on “Sofia the First” airing next month on Disney Channel and Disney Junior.

In the upcoming episode titled “The Secret Library: Olaf and the Tale of Miss Nettle”, actor Josh Gad returns to voice Olaf as he embarks on a new adventure with Sofia along with Megan Mullally (“Will & Grace”) who voices Miss Nettle.

The new episode airs Monday, Feb. 15 at 11:30am/10:30c on Disney Channel and at 7:00/6:00c on Disney Junior, but it will be available a week earlier on Feb. 8 via WATCHDisneyJunior.com and the WATCH Disney Junior app.

Additionally, there will be an illustrated storybook and e-book tie-in to be released on Tuesday, Feb. 2. The “Frozen” feature film will also be making its Disney Channel debut on Sunday, Feb. 14 at 7:00/6:00c.

For more info on the new episode, click here for TV Insider’s report.