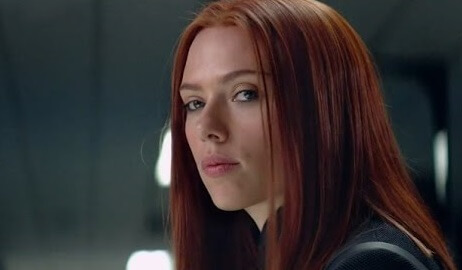 Back in 2008, the Steven Spielberg-led Dreamworks made a strong push to adapt the popular manga franchise “Ghost in the Shell.” There was some controversy over the decision to acquire the property, namely due to the fact that the series has already been adapted in the form of animated films and video games. The larger concerns were often rooted in the whitewashing of the source material, as well as the possibility of a “Hollywood” adaptation that has little similarity to the source material (see “Jem and the Holograms”).

In 2014, Dreamworks added director Rupert Sanders (“Snow White and the Huntsman”) to helm the film, and in 2015 they brought in Scarlett Johansson (“Avengers”) and Pilou Asbæk (“Lucy”) as the leads in the film.

Late last night, Variety reported that Dreamworks will officially shift distributors for their film from Disney to Paramount. The move is not all that surprising, as Disney and Dreamworks drifted apart in recent years. In fact, the Spielberg directed “BFG” will be last film under Dreamworks’ current distribution deal with Disney.  Back in September of 2015, it was reported from multiple sources that the two would not renew their distribution deal. While there was still a chance that Disney would distribute, Dreamworks likely wanted to begin their next relationship as soon as possible. Variety also noted that the film will retain its March 31st, 2017 release date. That suggests that negotiations with Paramount have been going on for some time. It also suggests that the schedule of filming remains intact. This action will likely be a positive for Disney, who plenty of films to release over the next few years. Channeling their resources into surefire hits instead of potential pitfalls seems like a solid plan. While “Ghost in the Shell” has a strong fanbase, it will likely make less money than Disney’s other March 2017 release, “Beauty and the Beast.” Disney should continue to focus on their own properties, whether they be live-action retellings or original stories, rather than make gambles on properties that require $100 million budgets. In the long run, I’d rather Disney attempt another “Tomorrowland” than a “Lone Ranger” adaptation.

“Ghost in the Shell” is set to release on March 31st, 2017. It will be directed by Rupert Sanders and stars Scarlett Johansson and Pilou Asbæk.