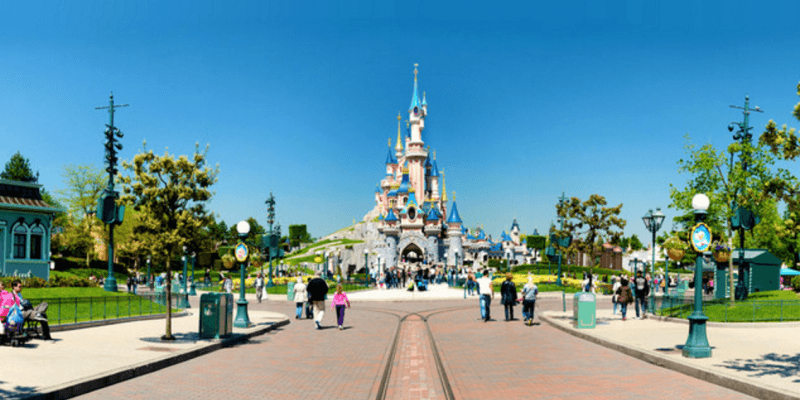 First off, the announcement was made of the show to replace Animagique. The brand new production called “Mickey and the Magician” will begin performances at the Walt Disney Studios Park on July 2, 2016.

A sneak peek at the plot of this new show: When Mickey is given the task of cleaning up a great Magician’s atelier, his dream to become a Magician himself takes over! An all-new adventure oozing with magic, starring the Genie from Aladdin, Cinderella and her Fairy Godmother, the stars of Beauty and the Beast and even Rafiki (The Lion King). An unmissable show for all the family! Along with this change, Disneyland Paris will also open another new show called “The Forest of Enchantment” will be performed exclusively at The Chaparral Theater in Frontierland at Disneyland Park.

Appearances from Pocahontas, John Smith, Baloo, King Louie, Tarzan, Rapunzel and Flynn Rider, and Merida as they join together to pay tribute to nature and the forest. Disneyland Paris is encouraging guests to enjoy the original Star Tours adventure one last time before the new and improved updates arrive in 2017. The last trip is scheduled for March 16.
Young Padawans visiting Disneyland Paris will be able to learn from Master Yoda at the Jedi Training Academy. Girls and boys aged between 7 and 12 years who want to take on the dark side of the Force will be able to register for this intergalactic academy and be trained by a Jedi Master and R2-D2.

From March 5 to May 29 of 2016, guests can relax and “Swing into Spring” during their stay at Disneyland Paris. Throughout the season, guests will be able to take part in events like Goofy’s Garden Party, as well as celebrate the changes the season brings with a multitude of experiences designed to awaken the senses. Olaf will be back at Disneyland Paris to celebrate his favorite season: summer! Frozen will make its big return to the stage with the famous snowman who dreams of sunshine and beaches.
This Frozen sing-along show will be back from June 4 until September 18 in Frontierland at the Chaparral Theater. And of course, the power ballad “Let It Go” will be in the line-up.

So many fun events! Will you be making the journey to Disneyland Paris this year?