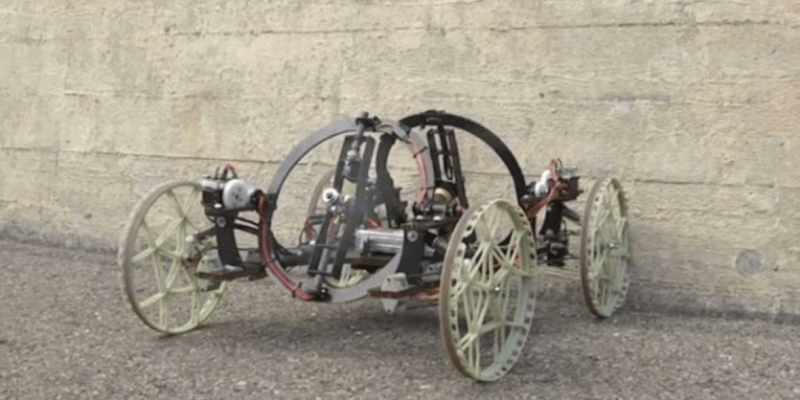 Created in collaboration between Disney Research Zurich and ETH, VertiGo is a wall-climbing robot that is capable of transitioning from the ground to the wall.

This new robot is made out of carbon fiber and 3D printed parts.

The robot has two tiltable propellers that provide the thrust needed to climn onto the wall. One pair of wheels is steerable, and each propeller has two degrees for adjusting the direction of thrust. One propeller applies force toward the wall, while the other forces the vehicle in an upward direction.

Disney Research scientist Paul Beardsley told IEEE Spectrum that while he couldn’t discuss why the company was interested in researching and developing the VertiGo, he did give an idea on where this technology could wind up. “Just speaking in general,” he said. “One can imagine that robots with lighting effects could be useful for entertainment effects or for wall games.”

Read more about the VertiGo here.