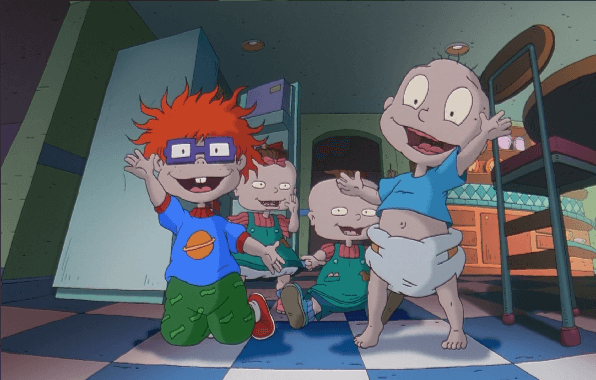 When “Who Framed Roger Rabbit” premiered in 1988, it was a triumph of visual effects, slapstick comedy, and 1940s-noir storytelling. The film was deemed an instant classic, not just for its use of Disney and the Looney Tunes, but for the ways in blended live-action filmmaking with top-notch animation.

Still, it was hard to not enjoy the moments of Donald Duck dueling pianos against Daffy Duck, or skydiving with Bugs Bunny and Mickey Mouse. Now, it seems that Nickelodeon is looking to do something similar with their characters. According to Polygon, Jared Hess (“Napoleon Dynamite”) has been tapped to direct a new film titled “NickToons,” a film that will feature the crossover of various Nickelodeon characters. It is confirmed that the film will feature characters from some of the landmark series of the 1990s, including “Rugrats,” “Ren and Stimpy,” and “Rocko’s Modern Life.” It seems likely that other characters from shows like “SpongeBob SquarePants,” “Hey Arnold!” and “Fairly OddParents” would all be on the table as well.

Paramount, the studio producing the film, directly compared their story to that of “Who Framed Roger Rabbit,” but were mum on details about the actual story. This means they will pursue creating a film that is a mixture of both live-action and animation. It’ll be interesting to see what form of animation they use, as many of the characters were created in a 2D style, while the predominant animation style at the moment is computer generated. Since 2000, Nickelodeon cartoons have inspired several films, and even inspired a few TV show spinoffs. With financially successful films like “Rugrats in Paris,” “Jimmy Neutron: Boy Genius” and “The Wild Thornberrys Movie,” it looked like Nickelodeon would launch a strong film brand. However, since that time the studio has developed more live-action films, with the notable exceptions of “Rango,” and two SpongeBob SquarePants films. This is in many ways a return to form that seems like it was a long time coming. Given the ways that many studios are capitalizing on nostalgia, this is a smart move by the studio that has long held a popularity among Gen Y and Millennials. It also harkens back to the Universal Studios attraction, “Jimmy Neutron’s Nicktoon Blast.” The ride was popular at Universal Orlando until it was replaced by “Despicable Me: Minion Mayhem.” Considering that various films exist with crossover elements between franchises, it is apparent that Nickelodeon is comfortable with that process.

At the same time, there are some warning signs that should give fans pause. Chief among those concerns is the “Rugrats Go Wild” film, one that struggled to find a balance between two of Nickelodeon’s strongest series. While it certainly had enjoyable moments, it is hard to ignore the fact that it was the last theatrical film for either franchise. Also, while films that use both live-action and animation have gone on to success, “Who Framed Roger Rabbit” is more of an exception than a film that proves the rule. “Space Jam” worked for the Looney Tunes, but “Looney Tunes: Back in Action” was a financial disappointment. The same can be said of films like “Yogi Bear,” “The Smurfs” and “Alvin and the Chipmunks” franchises. We’ll see what the final product resembles, and it is hard to not get excited for the return of some of great animated characters. It is certainly going to be interesting to see what details emerge regarding the film, and who will be brought in to represent the live action side of things. We’ll keep you updated as information continues to come out regarding the film.

Which characters would you like to see in “NickToons?” Sound off in the comments below.