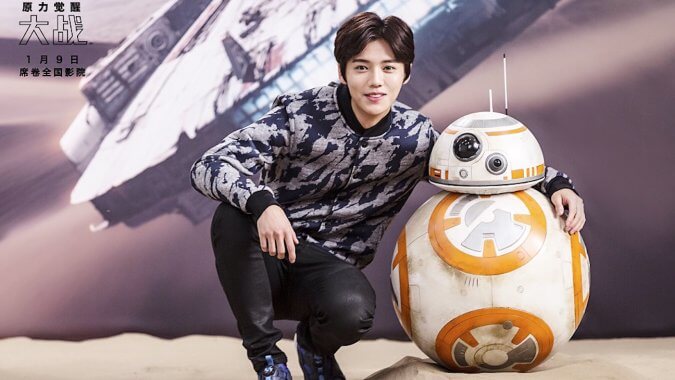 The video features Han singing and dancing in an industrial warehouse, as well as footage taken straight from the film. The music video is expected to go viral in China, where Han has a massive online following, holding the Guinness World Record for most comments on a single social media post.

25-year-old Han has often been described as “China’s answer to Justin Bieber” with young female fans loving his baby face and shaggy hair.

Star Wars: The Force Awakens opens in China, which has the world’s second largest film market,on Saturday, January 9. This is the final piece in the international distribution places for the film.