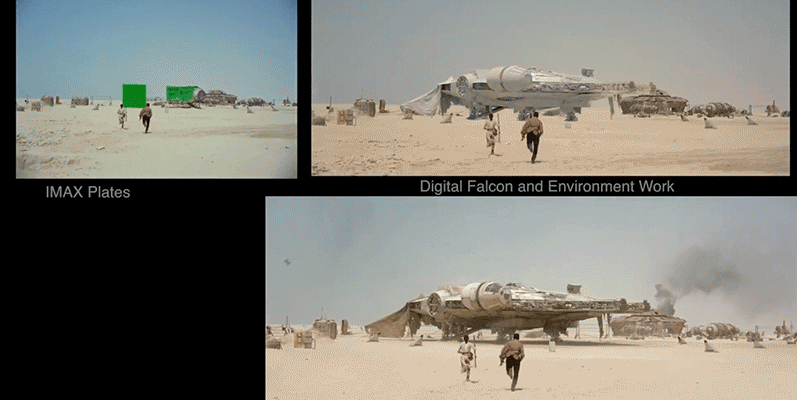 Nerdist got their hands on some never-before-seen footage of “Star Wars: The Force Awakens” that highlights the incredible visual effects (VFX) that were incorporated into the blockbuster film.

The new movie was shot on film as opposed to using digital cameras as Lucasfilm did for “Attack of the Clones” and “Revenge of the Sith” and though practical effects — such as the usage of several fully functional BB-8 droids on set — were used extensively, there was still plenty of green/blue screen work done with digital FX to augment the visuals.

Check out this set of GIFs that Nerdist culled from a now-pulled Youtube video that showed a highlight reel of VFX work, which was possibly made for Oscar voters. Comments Off on Before and after VFX shots highlight behind-the-scenes work on “Star Wars: The Force Awakens”