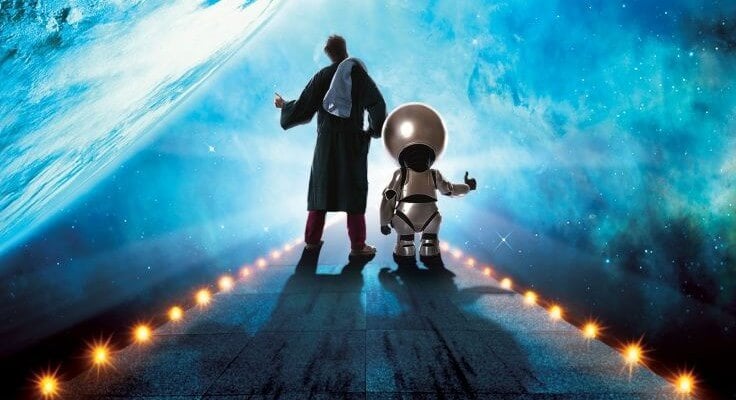 Once again we mourn the passing of a legend. Eagles founding member and singer/song writer Glenn Frey died on January 18 2016 at age 67.

2016 is not off to a great start for celebrities . . . Along with Glenn Frey we’ve lost David Bowie, Alan Rickman, Iron Mike Sharp, Dan Haggarty, Brian Bedford, Angus Scrimm, and Clarence “Blowfly” Reid. These are among the entertainment personalities who kept the Grim Reaper busy so far this year – and we’re only just under three weeks into the year so far!*

The galaxy have quite a few more twinkling lights now, as a result. One of Alan Rickman’s lesser known roles was the voice of Marvin the Paranoid Android in Disney’s so-so movie version of the Hitchhiker’s Guide to the Galaxy.  Hitchiker’s Guide started out as a radio play and evolved into a 5 book trilogy and popular BBC television series. Author Douglas Adams recurring theme through the series was the interconnectedness of things.   An interesting and possibly ironic twist to connected concept (and fitting tribute to Mr. Fry as well as Mr. Rickman) is the theme song used by the radio play and television series.  Journey of Sorcerer was an Eagles song adapted for the show and again reworked for the 2005 movie. “Curiously enough, the only thing that went through the mind of the bowl of petunias as it fell was, ‘Oh no, not again.'” –Hitchhiker’s Guide to the Galaxy

*a full list of celebrity/dignitary 2016 deaths found on Wikipedia