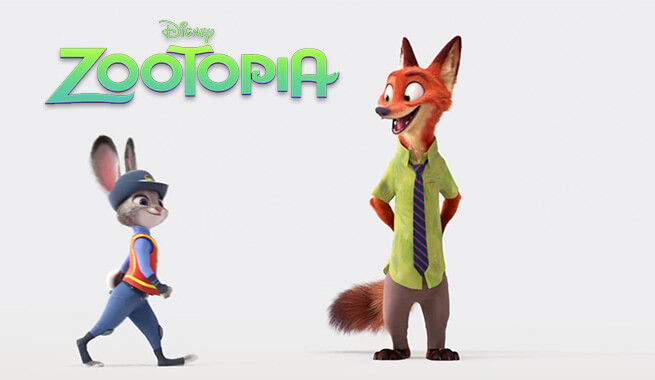 Viral marketing sites are often used to build excitement for upcoming film releases. Disney has wisely put one into motion for their upcoming release “Zootopia.” The film is looking to take a different angle on the “talking animals” genre that animation has used to bring stories to life. The recently released Tumblr page for the film is looking to bring the world to life in a pop culture friendly way. If you’d like to access the new page, click here.

The page will unveil new content every Thursday leading up to the New Year. The first page is simple, and lists the top nine hits of 2015 in the city of Zootopia. It mines pop culture and puns for its jokes, with the biggest hit being “Hello” by Gazelle. Others include “Uptown Skunk” and “Cow Deep is Your Love.” The other content will likely be similar in style to the song list. Other planned lists include “Entertainer of the Year,” “Top 5 Movies” and “Travel Destinations.” It also contains a link to the sloth trailer that was released a few weeks back. So far, the marketing for Zootopia has focused on the whimsy and general light-heartedness of the film. It looks like it could be a very funny film, but at this point, we haven’t seen enough footage to have a well-informed opinion of quality. We’ll keep you updated as new information breaks on “Zootopia.”