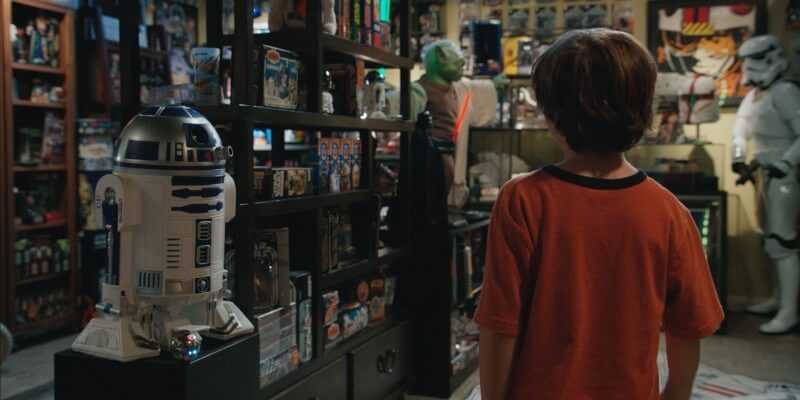 “Star Wars” is everywhere this holiday season, and if you’re a regular television viewer you’ve probably seen many of the sixty-plus ads from twenty or so different brands that tie in to the characters and imagery from a galaxy far far away.

Video advertisement analytics company Ace Metrix ran a comparison of all the ads, using an algorithm for highest viewership and likability, and released a report detailing the top ten.

1 – “Reinvent Romance with R2-D2” from HP – a teenage boy builds a replica R2-D2 from scrap parts and uses it to ask a girl out on a date to see “The Force Awakens.”

2 – “Battle for Christmas Morning” from Duracell – a young brother and sister get carried away by their imagination as they play with new “Star Wars” toys and merchandise on Christmas morning.

4 – “The SUBWAY Cantina” from Subway – a couple enters a Subway restaurant to find that it’s populated exclusively by “Star Wars” fans dressed as characters from the movies.

5 – “Like Father, Like Daughter” from Toys “R” Us – a father tries to get his young daughter into “Star Wars” from infancy, but she doesn’t quite take to it right away.

6 – “Become More Powerful” from EA Games – people begin to disappear from their everyday lives and reappear in the action and battle scenes from the video game “Star Wars: Battlefront.”

7 – “The Force Gathers” from Dodge – a car designed to resemble Darth Vader is followed by hundreds of Stormtrooper cars in formation until they arrive at a movie theater playing “The Force Awakens.”

8 – “A Better Network as Explained by Star Wars” from Verizon – Chewbacca and BB-8 attempt to access a data port while defending against Stormtroopers in a First Order base.

9 – “Shooting Star” from Jeep – an epic space battle between X-Wings and TIE Fighters zooms out to reveal a couple on Earth sitting in a Jeep Renegade and watching the peaceful night sky.

10 – “Fresh Fit for Kids” from Subway – another Subway ad, in which a father lies about his son having a brother so he can get a second kids’ meal with Star Wars merchandise for himself.

One thing’s for certain: brands throughout the galaxy have certainly learned how to capitalize on the popularity of “Star Wars,” and it sometimes makes for very entertaining (and very emotional) short videos about the “Star Wars” experience.