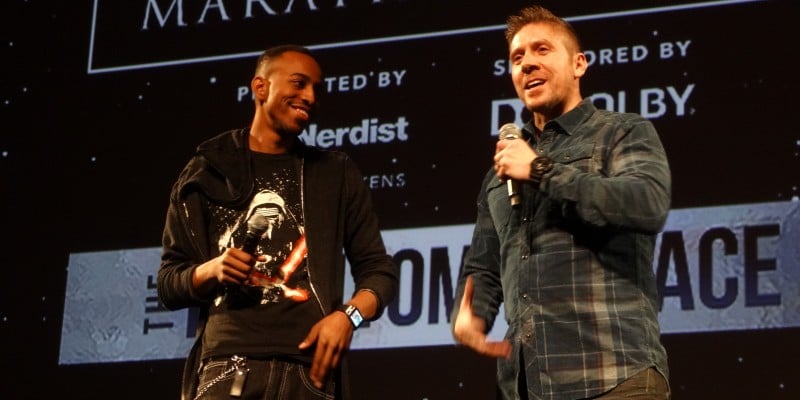 When “Star Wars: The Force Awakens” opened this past week, some of the more hardcore fans shows up for a seven-movie marathon at Disney’s El Capitan Theatre in Hollywood. The event featured each movie in the series in chronological Episode order, beginning with “The Phantom Menace” and culminating in “The Force Awakens.”

When the time came to begin the show, a very special guest was brought out to introduce the first movie: Ray Park, who famously portrayed Sith Lord Darth Maul in “Episode I.”

Park showed off some fighting moves with the Kylo Ren lightsaber, talked about what he thought of “The Force Awakens,” and even referenced the Disney Afternoon series “Gummy Bears” when he discussed how it felt when he was first brought onboard the “Star Wars” franchise. It was a great way to launch a momentous event for the most dedicated Star Wars fans.