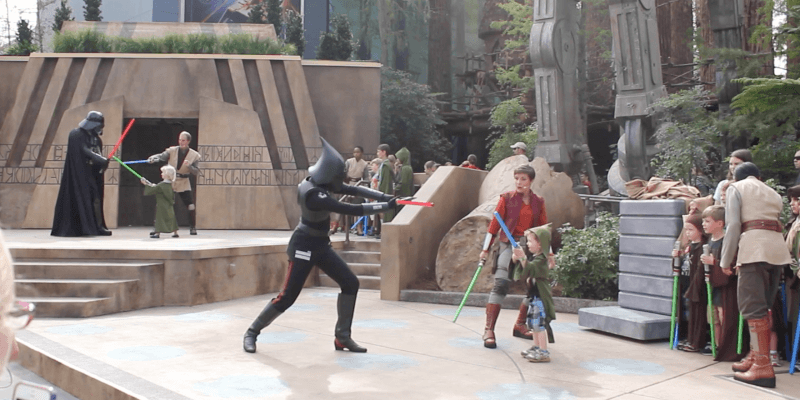 Located by the entrance to Star Tours — which now features a brand new “Force Awakens” inspired scene on the new planet Jakku — this new Jedi Training experience features many familiar faces, including Darth Vader and Darth Maul, and a new face, the Seventh Sister from the popular “Star Wars Rebels” show. The Seventh Sister makes her entrance with Darth Vader, and joins him in fighting the young Jedis in training to master the force.

The show emphasizes to the young Jedis-in-training to not be afraid and to face his or her fears by sending those fears back into the temple.