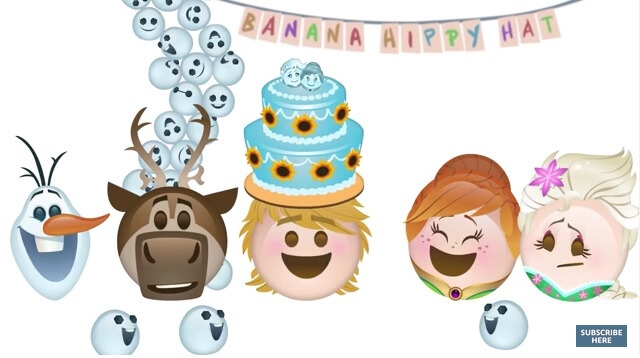 Today at 10pm on the Disney Channel the “Frozen Fever” short will air for the first time on television.

Celebrate this occasion by taking a look at the adorable “Frozen Fever as Told by Emoji” video, the fourth installment of Disney Interactive’s popular series after episodes featuring the original “Frozen”, “Aladdin”, and “Tangled”.

“Disney is always looking for new ways to bring our stories to life,” said Mark Walker, Senior Vice President of Disney Interactive Media. “The As Told by Emoji video series lets us entertain and engage audiences by bringing their favorite tales and characters to digital feeds in ways they haven’t seen before.”

The new short will also air on Sunday, December 6 during an all-new K.C. Undercover episode on Disney Channel at 8pm ET.

Comments Off on VIDEO: “Frozen Fever as Told by Emoji” short released