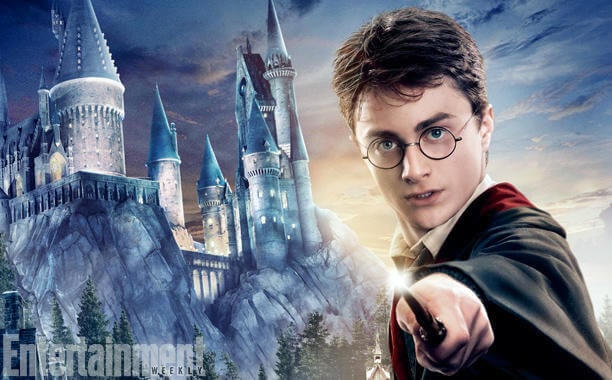 Anticipation from fans for the new “The Wizarding World of Harry Potter” at Universal Studios Hollywood has been building up as fast as the construction crews have been working but at last now we know how much longer the wait will be.

One week after Universal Studios Hollywood teased that there would be a major announcement Tuesday morning regarding the new addition to the theme park, news finally broke that the grand opening will be on April 7, 2016.

A new TV spot has also been created for the big announcement.

Universal made the announcement by lighting up Hogwart’s Castle to display the new grand opening date. More than five years in the making, “The Wizarding World of Harry Potter” will transport fans of all ages to their favorite destinations with Hogwart’s castle as its centerpiece. Rides include “Harry Potter and the Forbidden Journey”, making its U.S. debut in “hyper-realistic” 3D-HD as an updated adaptation to the signature ride, and “Flight of the Hippogriff™”, which will be Universal Studios Hollywood’s first outdoor roller coaster. Inside the Magic will continue to bring you the latest news and full coverage of the upcoming addition to the park. For more info, visit the interactive website for a virtual tour over at Universal’s official site.