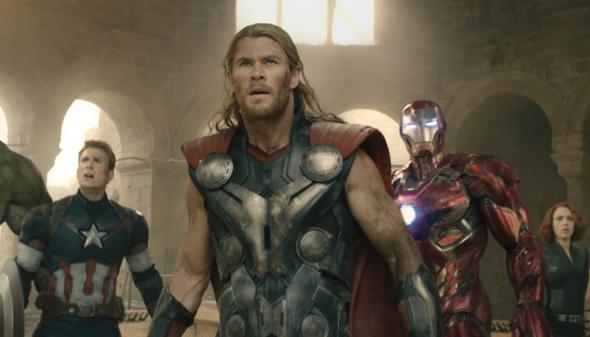 Earlier this month, the Academy of Motion Picture Sciences announced the twenty eligible films for the Visual Effects Oscar category. At the time, it was impressive that Disney produced or distributed films made up 5 of the 20 nominations. Last week, the Academy further cut their shortlist from 20 to just 10 films (of which 5 will be selected for nomination). The announcement surely made Disney happy. The list is certainly impressive, with “Star Wars: The Force Awakens,” “Tomorrowland” and both Marvel films “Ant-Man” and “Avengers: Age of Ultron” making the cut. “The Revenant” and “Jurassic World” also have a Disney connection, as both used Industrial Light and Magic to create their effects. A 4/5 conversation rate is certainly not bad, and “Bridge of Spies” never really seemed like a nominee in the age of robots and space travel.

Really from here, it feels like we have a clear top 4 for nomination. Those would be “Star Wars: The Force Awakens,” “Jurassic World,” “Mad Max: Fury Road” and “The Martian.”  The rest of the list is fairly fluid and offer different things for voters. “Ex-Machina” is a personal favorite, creating extremely intricate robotics on a small scale. The VFX work helped to complete a character, and without believable VFX, the whole film would have stalled. “The Revenant” also makes a fair case, with the now infamous bear attack scene representing a crucial plot point for the movie.

“Ant-Man” seems like it could displace its Marvel cousin “Avengers: Age of Ultron” with the impressive way that size was altered and changed for the film. Ultron was impressive at times in “Avengers” but is often labeled as a major issue for the film. Still, the effects used for Quicksilver and Scarlet Witch would merit consideration on their own. “Tomorrowland” also boasted some very pretty effects, and really was an overall selling point of the film. However, it is questionable that Disney would be able to get 3 films nominated this year, and the others in the race are certainly impressive.

The real wild card in the race is Robert Zemeckis’ “The Walk.” The film received considerable praise for its VFX, but most impressively, recreated the New York skyline featuring the Twin Towers at the World Trade Center. In doing so, they were able to respect a location now intimately tied to American history, without doing so in a distasteful way. That could rocket up the film into the top 5 on its own, and if there is something to the idea of “superhero fatigue”, this would be an interesting addition to the category.

With all that said, my predicted top 5 would be:

With “The Walk” and “Ex-Machina” as my runners up. We’ll see which films could surprise, as all 10 feel worthy for discussion this year.